We love design; it’s what we do and it drives us to nurture the partnerships we have with our clients. We believe that listening is critical, process is key, collaboration is vital, and that design is a valuable contribution to the world of business, art, and culture. The 21xdesign blog features anything from discussing recent projects, exploring antique books we love, to the technologies that drive our profession. 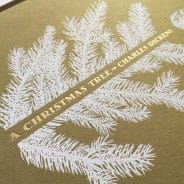 For our latest Shelf Life, we are showing off this copy of Charles Dickens’ A Christmas Tree. This edition is one of only 1300 copies printed. The pages are carefully Illustrated by Ray Abruzzi with formatting and typography by Robert Donald. A Christmas Tree, the lesser known Christmas story from Dickens, is an elderly narrator’s memory of Christmas’ past, with different events inspired by traditional decorations on the Christmas tree.   The book is bound in an olive-green hard cover, with a simple white evergreen branch in the center... 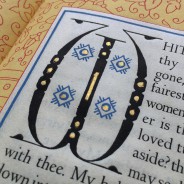 After taking a short break from the blog, this week’s Shelf Life will focus on Valenti Angelo’s “The Song of Songs Which is Solomon’s.” It’s a beautifully illustrated version of the religious scripture that is part of both the Hebrew and Christian traditions. This unique dialogue is a back-and-forth between two lovers praising each other. In the Jewish tradition, it is interpreted as a parable for the relationship between Israel and God, and in the Christian tradition, it’s interpreted as both a literal romantic story, and an allegory about... 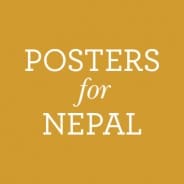 In the past few months, we’ve been working on a new project called Posters for Nepal. The 21xdesign team, and fellow designer Scott Laserow, as well as many talented artists & designers have come together to design for a good cause. All these artists came together and designed posters to be sold on our new Posters for Nepal website to raise money for relief efforts in Nepal. Now, you may be asking yourself, “Wasn’t that a really long time ago?” And to answer that question, yes, it was just over 10 months ago now. In today’s 10 second news... 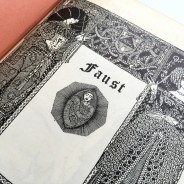 For Shelf Life this week, we’re looking at “Faust,” written by Johann Wolfgang Von Goethe and illustrated by Harry Clarke. This story was first published in 1790 and is considered to be one of the greatest works in German literature. It’s a story that tells of a man named Faust who makes a deal with the devil to get anything he wants in exchange for being a servant in Hell. After the deal backfires and Faust loses someone he loves, he must redeem himself. The illustrator, Harry Clarke, was very prominent in the Irish Arts and Crafts Movement.... 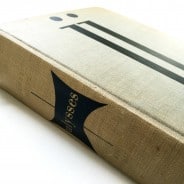 Still keeping with the theme of “Ireland,” this week’s Shelf Life is about James Joyce’s Ulysses. Ulysses was published in February 1922 by Sylvia Beach, in Paris. Ulysses tells the story of an “ordinary” day, June 16th, 1904, for Leopold Bloom and Stephen Dedalus. Ulysses is the Latin name for Odysseus (the hero in Homer’s epic poem Odyssey) and its structure is in parallel with that of the Odyssey. Ulysses is considered to be one of the most important novels of 20th century literature. It’s stream of consciousness writing, and myriad...

In honor of St. Patrick’s day and 21xdesign’s Irish heritage, this week’s Shelf Life blog is about a famous Irish epic called The Cattle Raid of Cooley (Táin Bó Cuailnge). This ancient epic tale (the oldest phonetic tale in Europe) tells the story of a giant cattle raid, the invasion of Ulster by the armies of Medb and Ailill, queen and king of Connacht,  seeking to carry off the great Brown Bull of Cuailinge. They are opposed by the teenage Ulster hero Cú Chulainn. If you’re a fan of Game of Thrones then this story is... 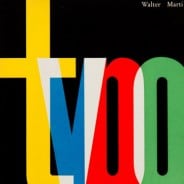 This week we’re highlighting the book Typo by the Swiss designer Walter Marti. It’s a wonderful type & printing specimen book that was printed in Lucerne, Switzerland in 1957. This is a stunning showcase, not only of vivid typography, but also great printing techniques and selections of paper in the form of letterheads, envelopes, and business cards. The book is remarkable for being produced so soon after World War 2. In many ways, this book is a testament to the human spirit and the indomitable force of artistic nature and curiosity. The... 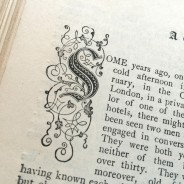 This week we’re taking a look at this beautiful vintage book called Godey’s Lady’s Book. These books were printed from 1830 until 1898 in our own city of Philadelphia. Louis Antoine Godey began the publication of these lady’s books in 1830, and he designed them specifically for the American woman. He wanted to keep the ladies of American informed as well as entertained. These books not only contained fashion and different patterns, they had stories, articles, sketches, even sheet music! As the popularity of these books began to grow, more influential writers had their work featured, such as Edgar Allan Poe and Nathaniel Hawthorne. 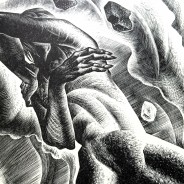 In the spirit of Halloween, we decided that this week Shelf Life should be devoted to what is probably one of the greatest and most enduring horror stories in literature. This week we’re talking about a beautiful edition of Mary Wollstonecraft Shelley’s Frankenstein, or The Modern Prometheus, illustrated by one of our favorite illustrators Lynd Ward. 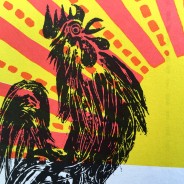 Teaching science to young children can be pretty challenging, especially trying to explain something as complex as the Earth’s rotation in the solar system around our sun. Franklyn M. Branley realized this and decided he was going to write a series of books for children explaining these scientific anomalies. In the series called “Let’s-Read-and-Find-Out” Branley explains different things such as earthquakes, the phases of the moon, gravity, and even humans exploring Mars! He uses simple language and activities for children to better understand these discoveries and get them excited learning about science.