For Shelf Life this week, we’re looking at “Faust,” written by Johann Wolfgang Von Goethe and illustrated by Harry Clarke. This story was first published in 1790 and is considered to be one of the greatest works in German literature. It’s a story that tells of a man named Faust who makes a deal with the devil to get anything he wants in exchange for being a servant in Hell. After the deal backfires and Faust loses someone he loves, he must redeem himself.

The illustrator, Harry Clarke, was very prominent in the Irish Arts and Crafts Movement. He studied at Belvedere College until 1905, when he became his father’s apprentice and attended evening classes at the Metropolitan College of Art and Design. His illustration career started after moving to London and working for the publisher Harrap where he built up his considerable reputation. In addition to his illustration, he was a well-known stained glass artist, creating more than 130 windows. His window designs resemble his illustration style but with the addition of bright, vibrant colors, enabled, of course, by light and glass. 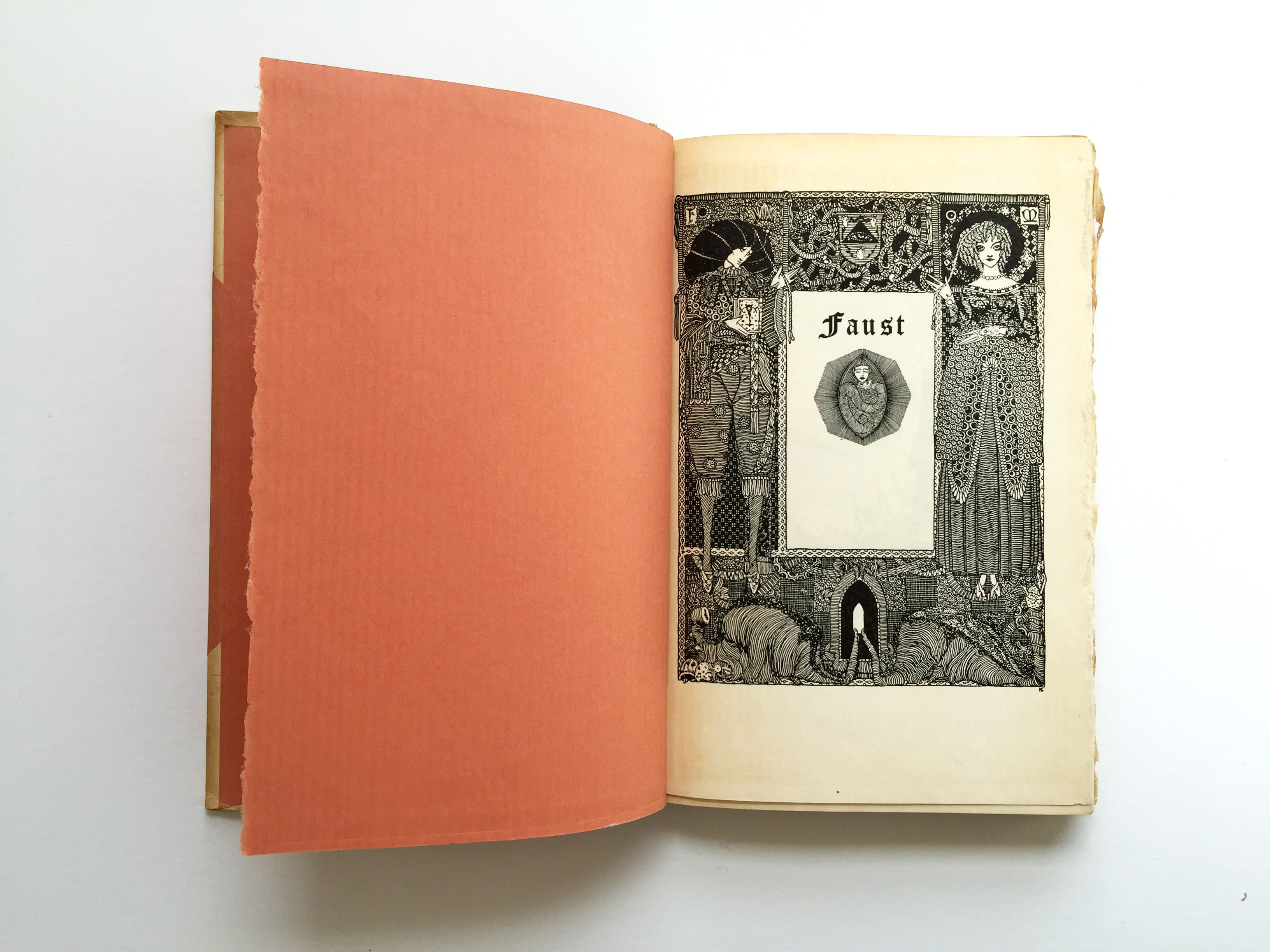 Clarke’s illustration style is perfectly suited for the theme of this story. The opening title page features a large illustration that immediately sets the melancholy tone of the book. His illustrations are intricate, emotive and dark. Clarke’s style has often been compared to that of the famous illustrator, Aubrey Beardsley. And, while looking through this book, it is easy to see why that comparison might be made, even though, Clarke’s illustration are decidedly more sombre, and macabre.

A lot of attention was paid to the typography within the book. It integrates especially well with the imagery, and is considered thoughtfully, throughout the entire book. The book was published by J.J. Little & Ives Co. in New York but unfortunately there is no credit given for the overall book design. If you’d like to read more about the entire history of the Art Nouveau movement check out this great essay that traces its history and features other artists like Gustav Klimt, Alphonse Mucha, and Louis Comfort Tiffany. 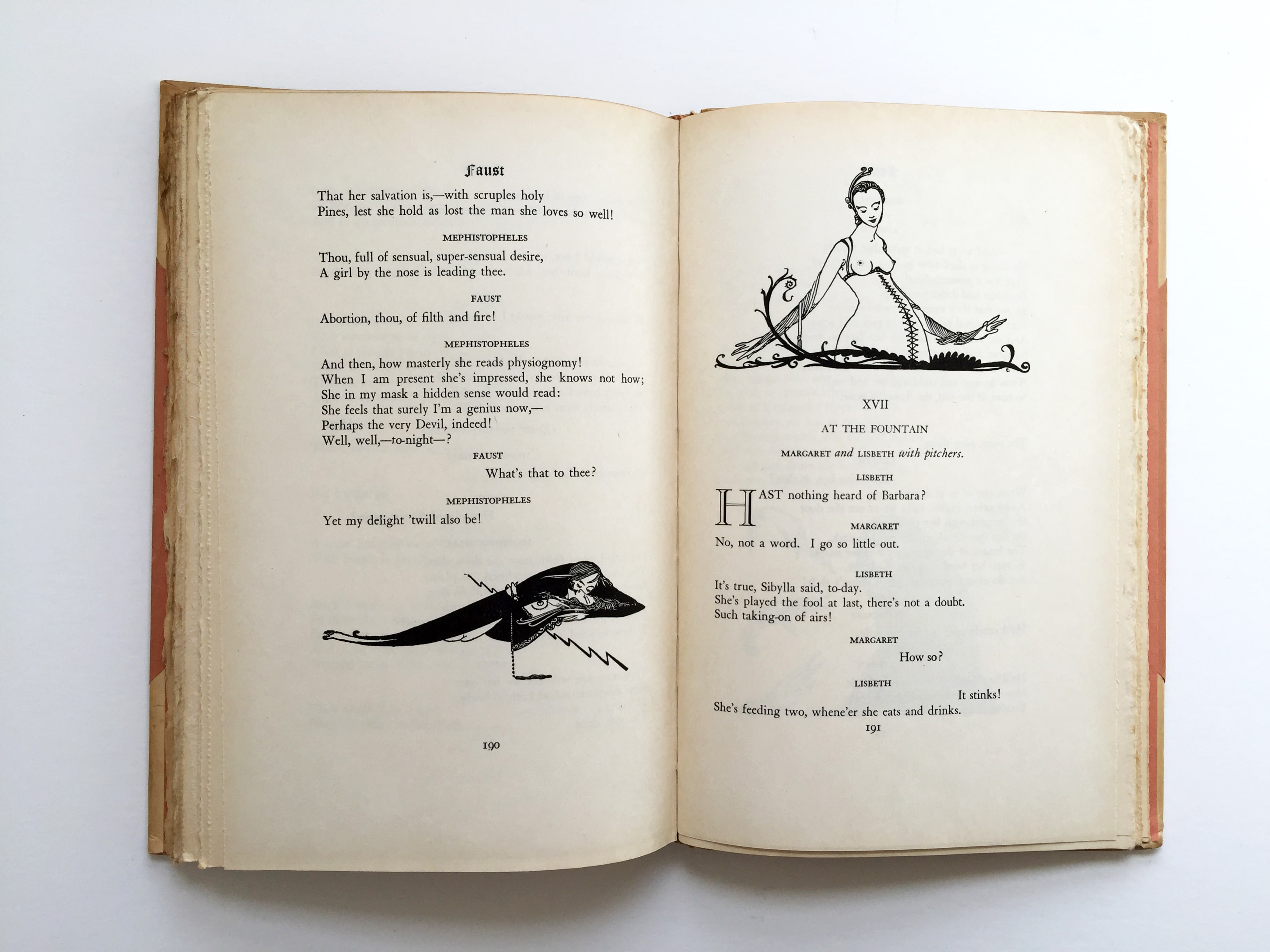 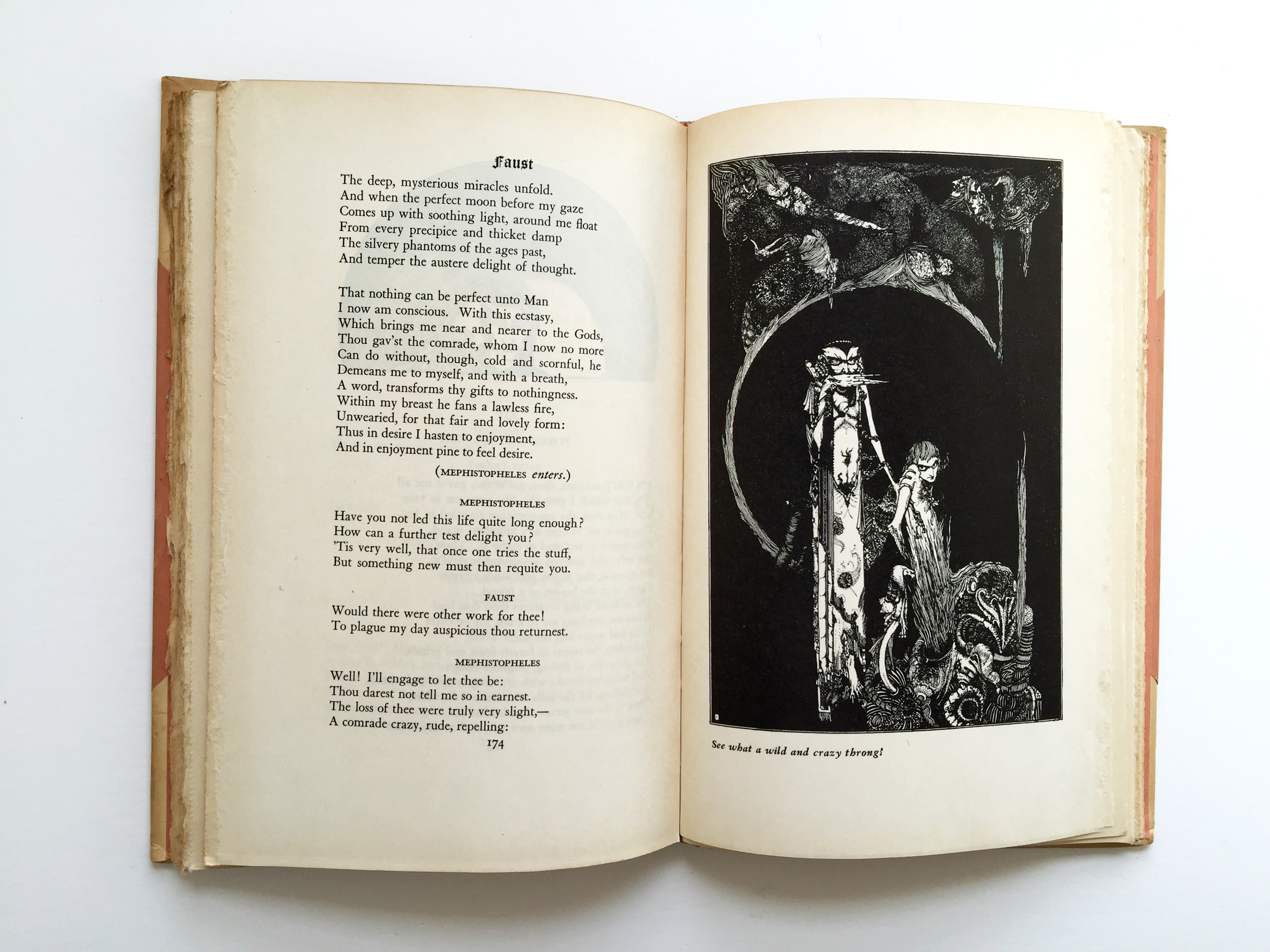 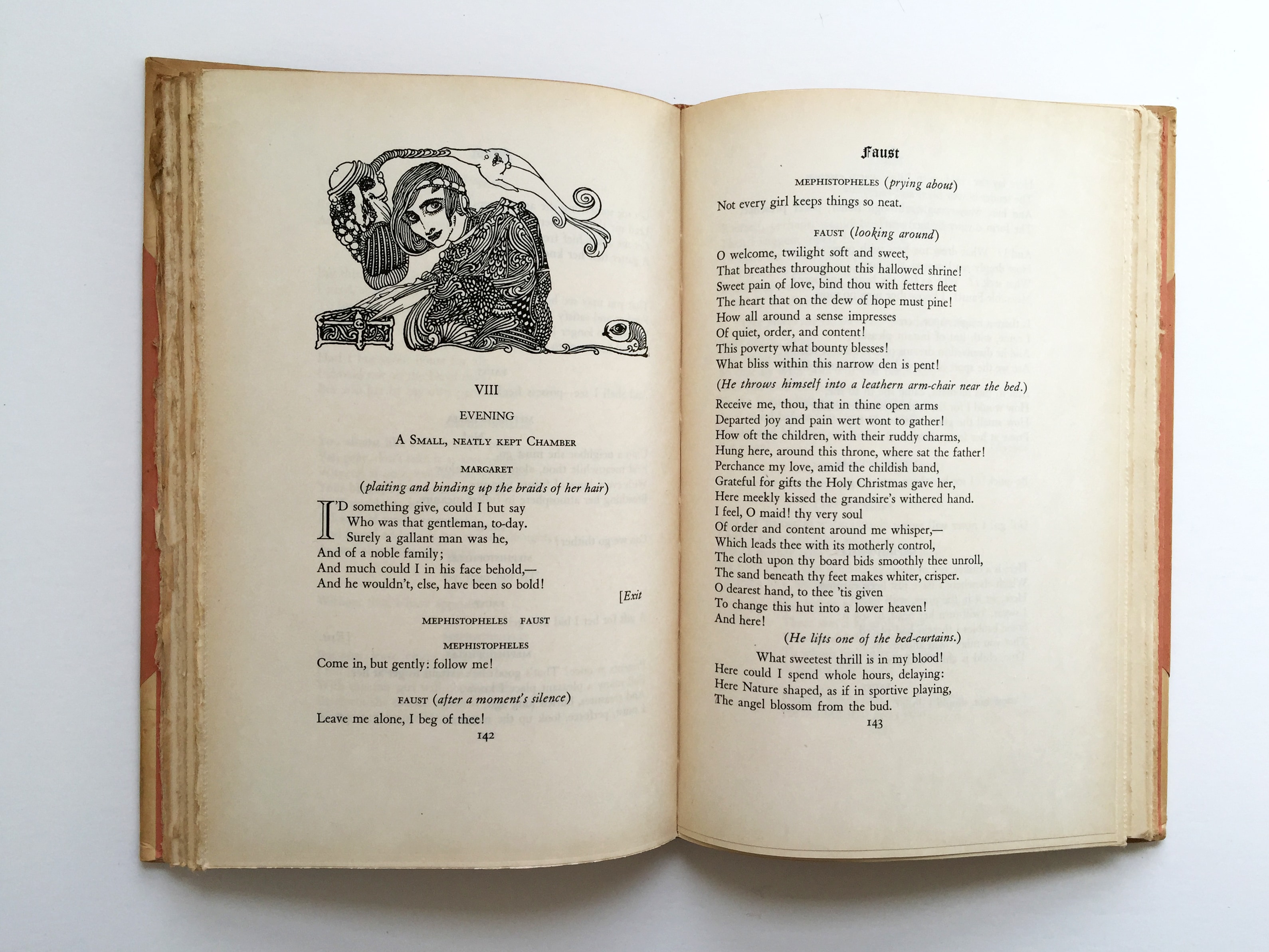 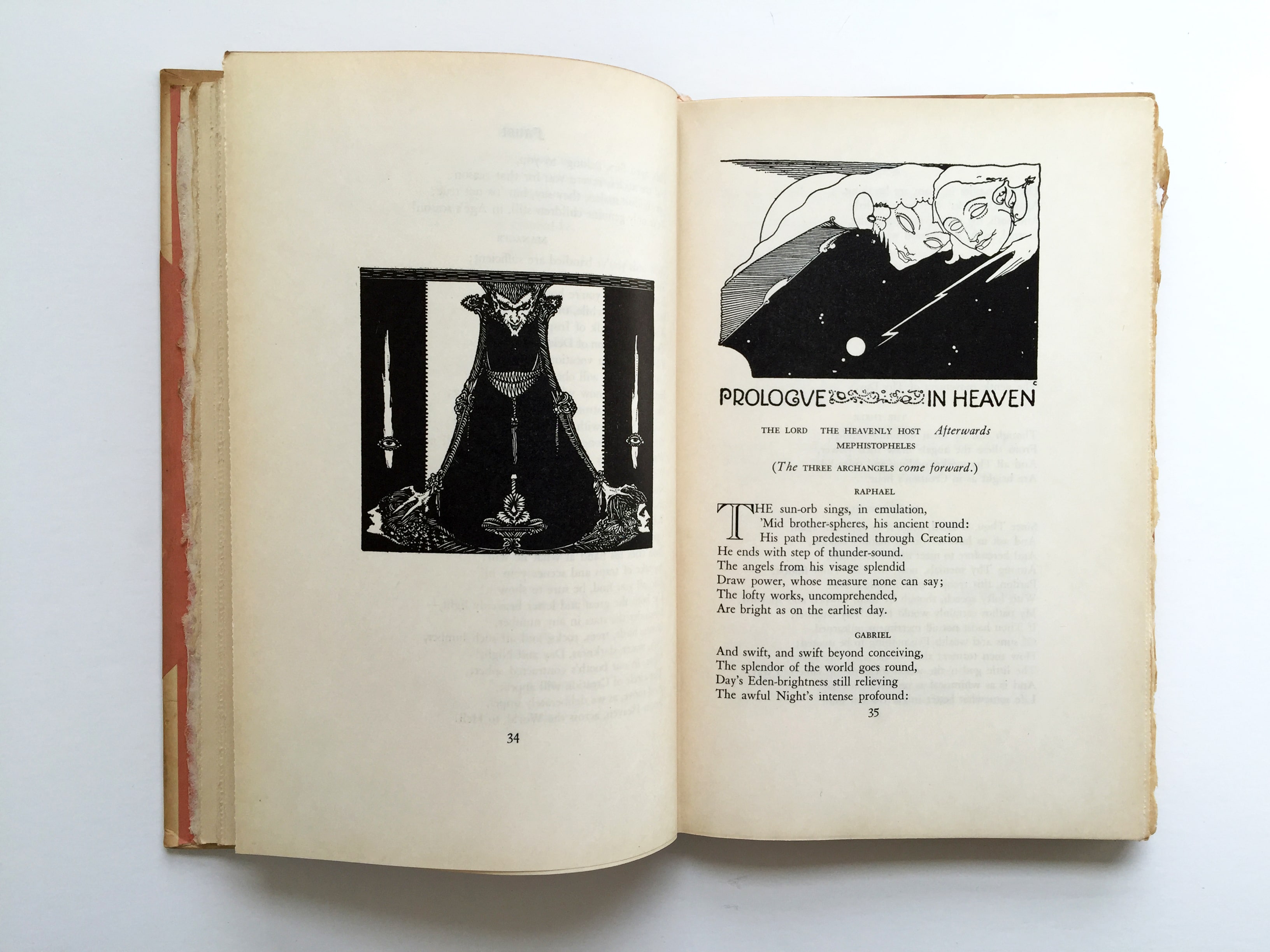 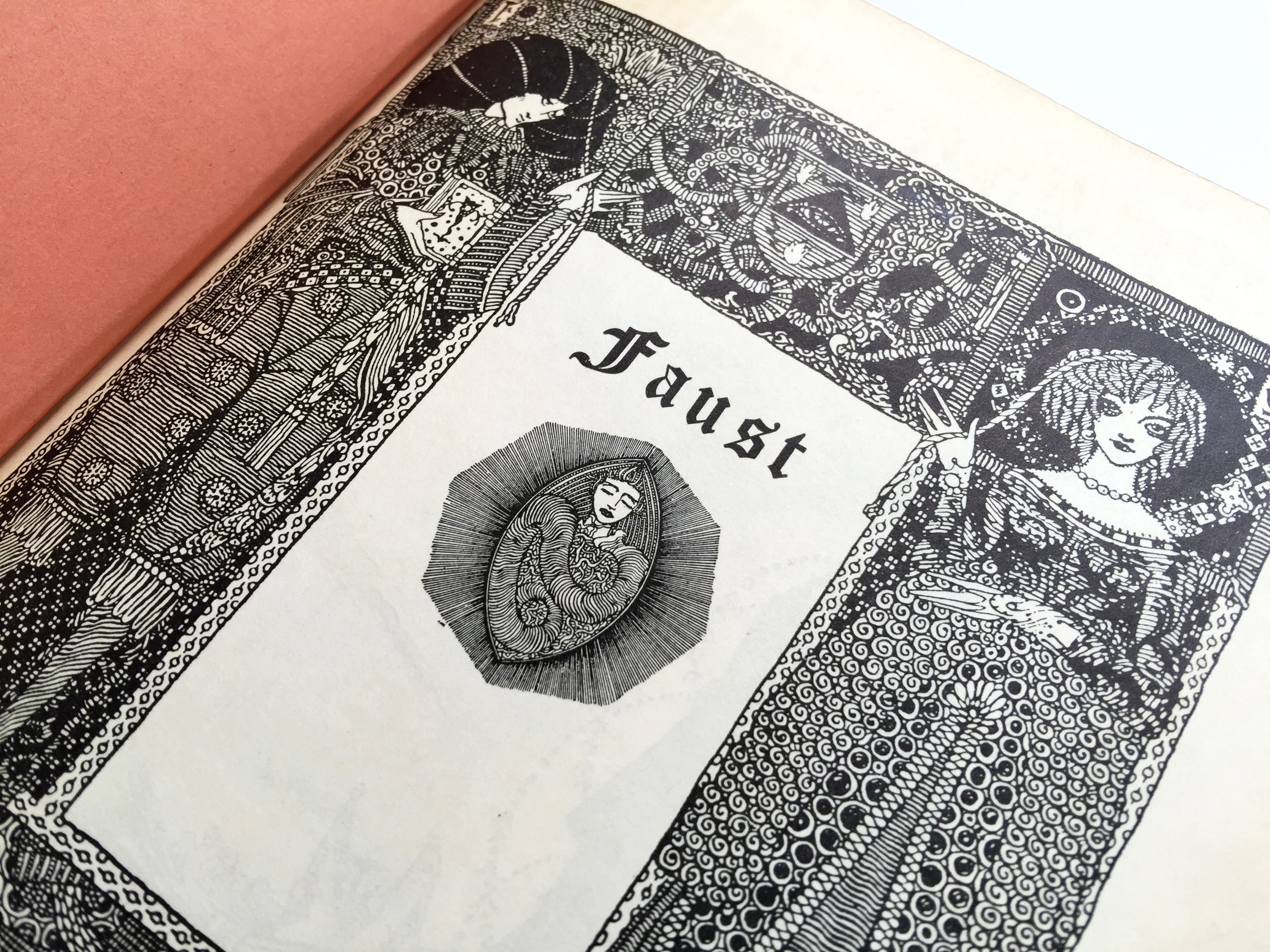