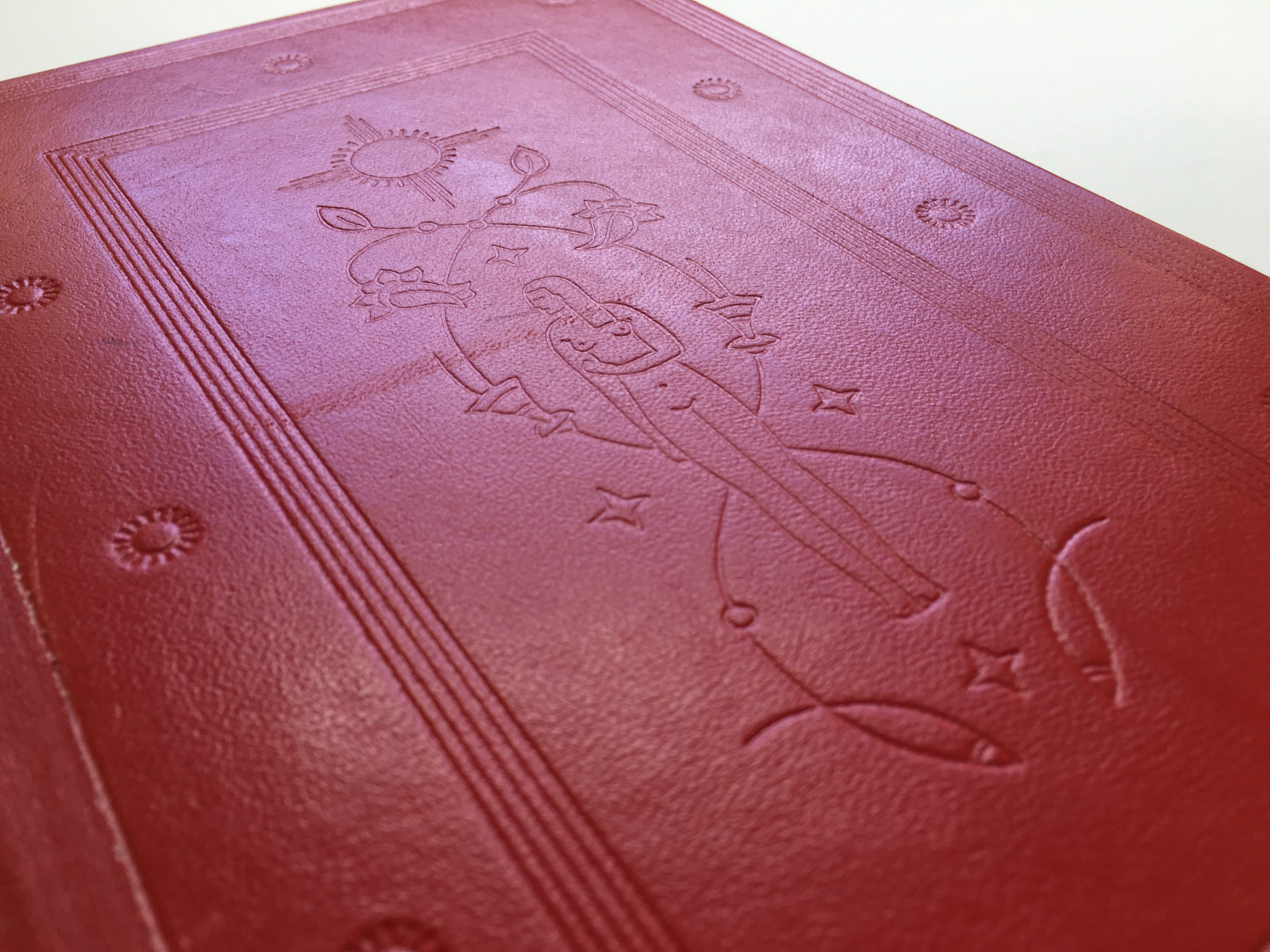 After taking a short break from the blog, this week’s Shelf Life will focus on Valenti Angelo’s “The Song of Songs Which is Solomon’s.” It’s a beautifully illustrated version of the religious scripture that is part of both the Hebrew and Christian traditions. This unique dialogue is a back-and-forth between two lovers praising each other. In the Jewish tradition, it is interpreted as a parable for the relationship between Israel and God, and in the Christian tradition, it’s interpreted as both a literal romantic story, and an allegory about God and his church.

This edition of the book was designed and printed in 1935 exclusively for the Limited Editions Club of The Heritage Press. The illustrations were done by the Valenti Angelo, an Italian-American print maker, illustrator and author, known mostly for his linocut prints. Angelo was born in 1897 and brought to American in 1905. He worked on around 250 books over 34 years, many of which have been featured in AIGA annual exhibitions since 1927.

This beautiful book features a red leather cover with embossed illustrations on the front and back. Inside, the end pages feature full page illustrations of a man and a woman, surrounded by a decorative pattern. The yellow French-folded pages are covered edge-to-edge with designs printed in red that frame the text. Each chapter begins with an eye catching drop cap printed in black that has been adorned, by Angelo’s own hand, with gold accents and surrounded by a few blue embellishments. There are also occasional illustrations printed inside the text box. It’s a sumptuously designed rendition of a historic piece of writing. 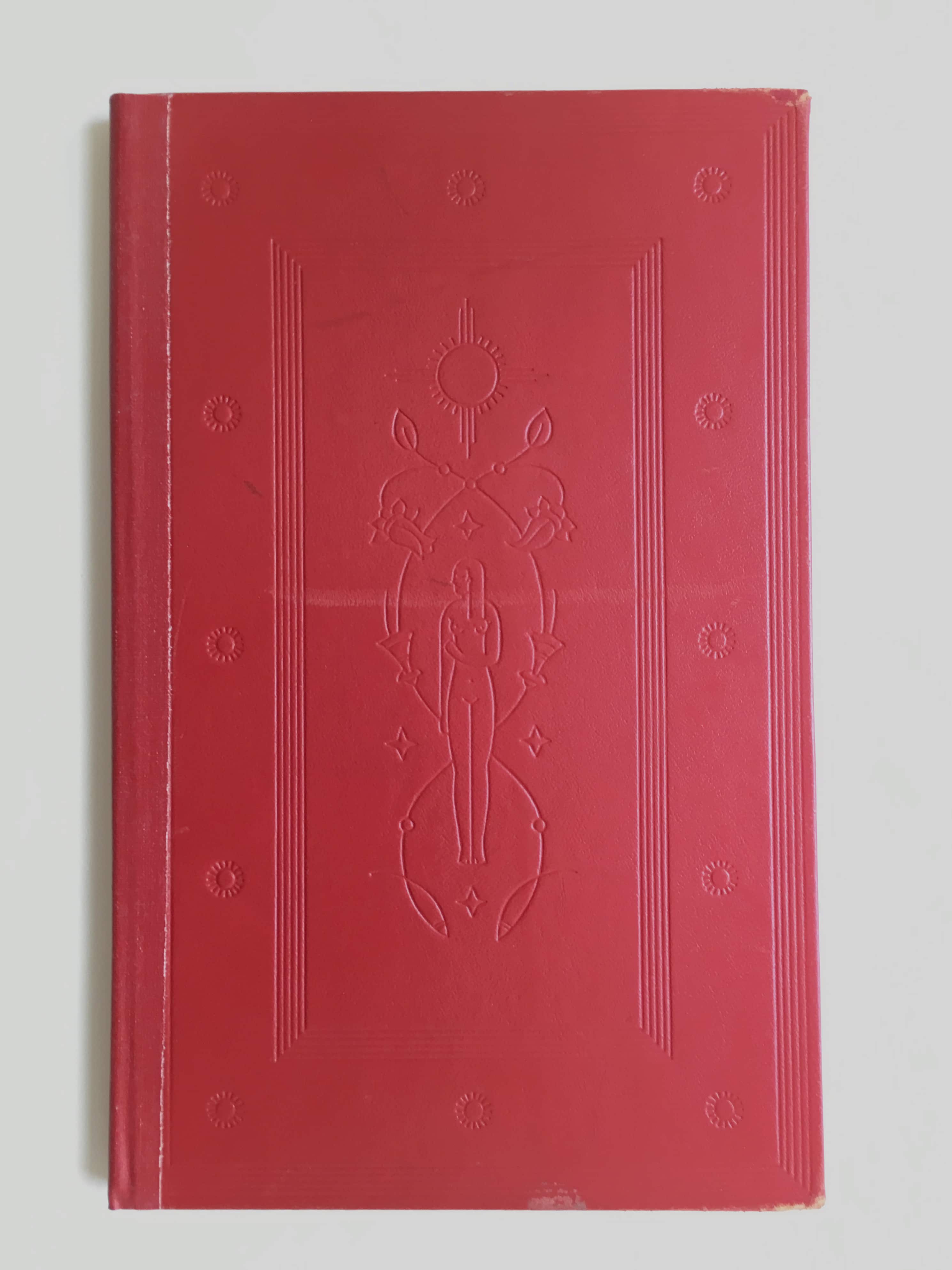 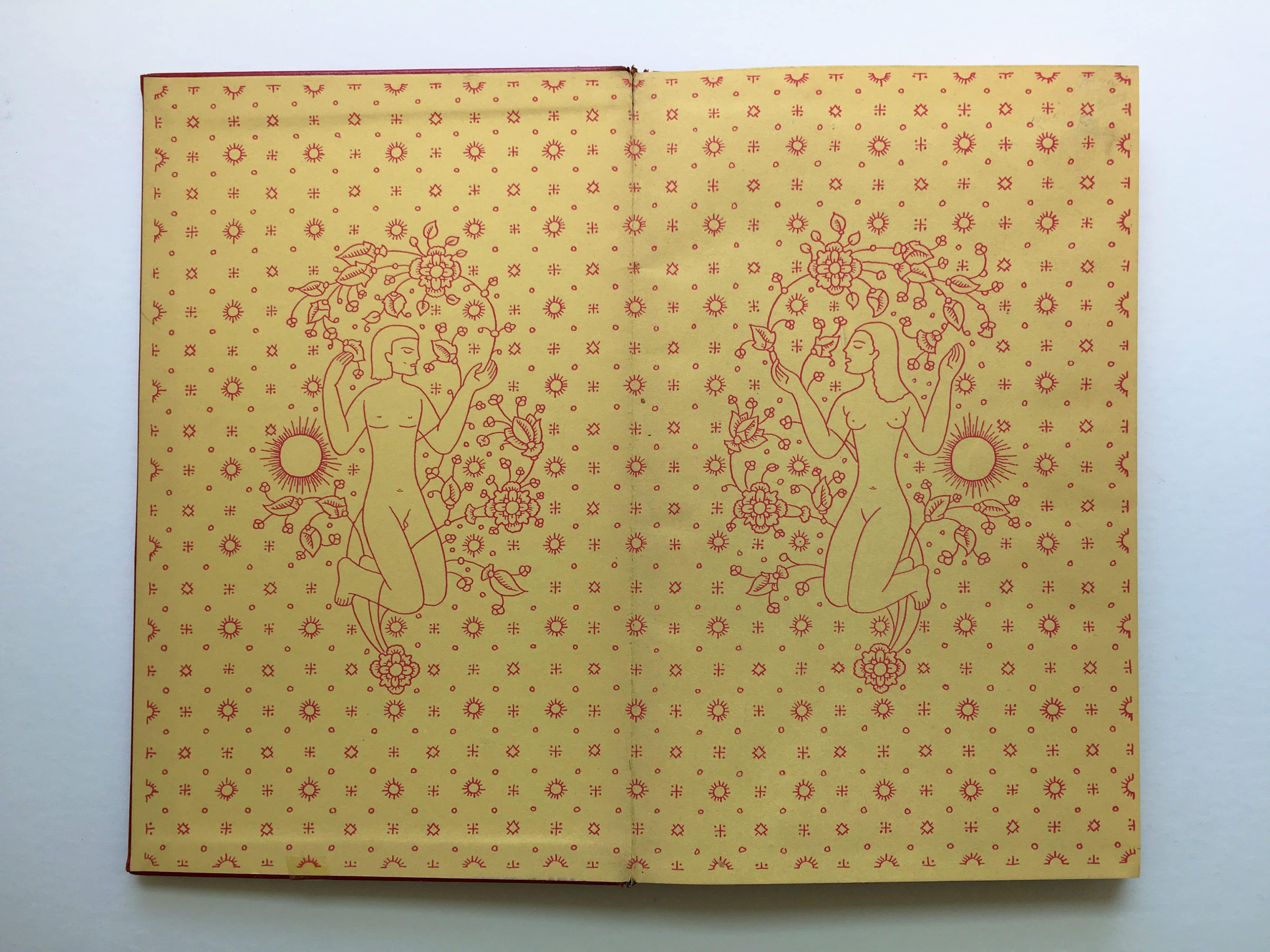