In honor of St. Patrick’s day and 21xdesign’s Irish heritage, this week’s Shelf Life blog is about a famous Irish epic called The Cattle Raid of Cooley (Táin Bó Cuailnge). This ancient epic tale (the oldest phonetic tale in Europe) tells the story of a giant cattle raid, the invasion of Ulster by the armies of Medb and Ailill, queen and king of Connacht,  seeking to carry off the great Brown Bull of Cuailinge. They are opposed by the teenage Ulster hero Cú Chulainn. If you’re a fan of Game of Thrones then this story is definitely one to pick up.

Thomas Kinsella took on the momentous task of translation from ancient manuscripts. Louis le Brocquy, the self-taught Irish painter, illustrated the Táin. Here are his words, “Any graphic accompaniment to a story which owes its existence to the memory and concern of a people over some twelve hundred years, should decently be as impersonal as possible. The illustrations of early Celtic manuscripts express not personality but temperament. They provide not graphic comment on the text but an extension of it. Their means are not available to us today – either temperamentally or technically – but certain lessons may be learned from them relevant to the present work. In particular they suggest that graphic images, if any, should grow spontaneously and even physically from the matter of the printed text. If these images – these marks in printer’s ink – form an extension to Thomas Kinsella‘s Táin, they are a humble one. It is as shadows thrown by the text that they derive their substance.” 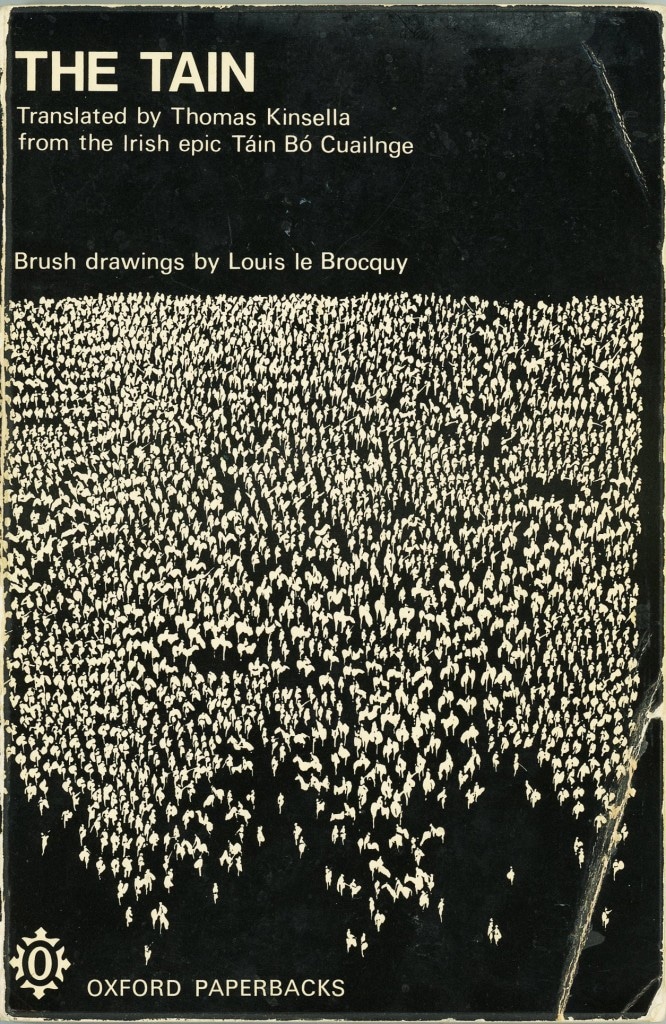 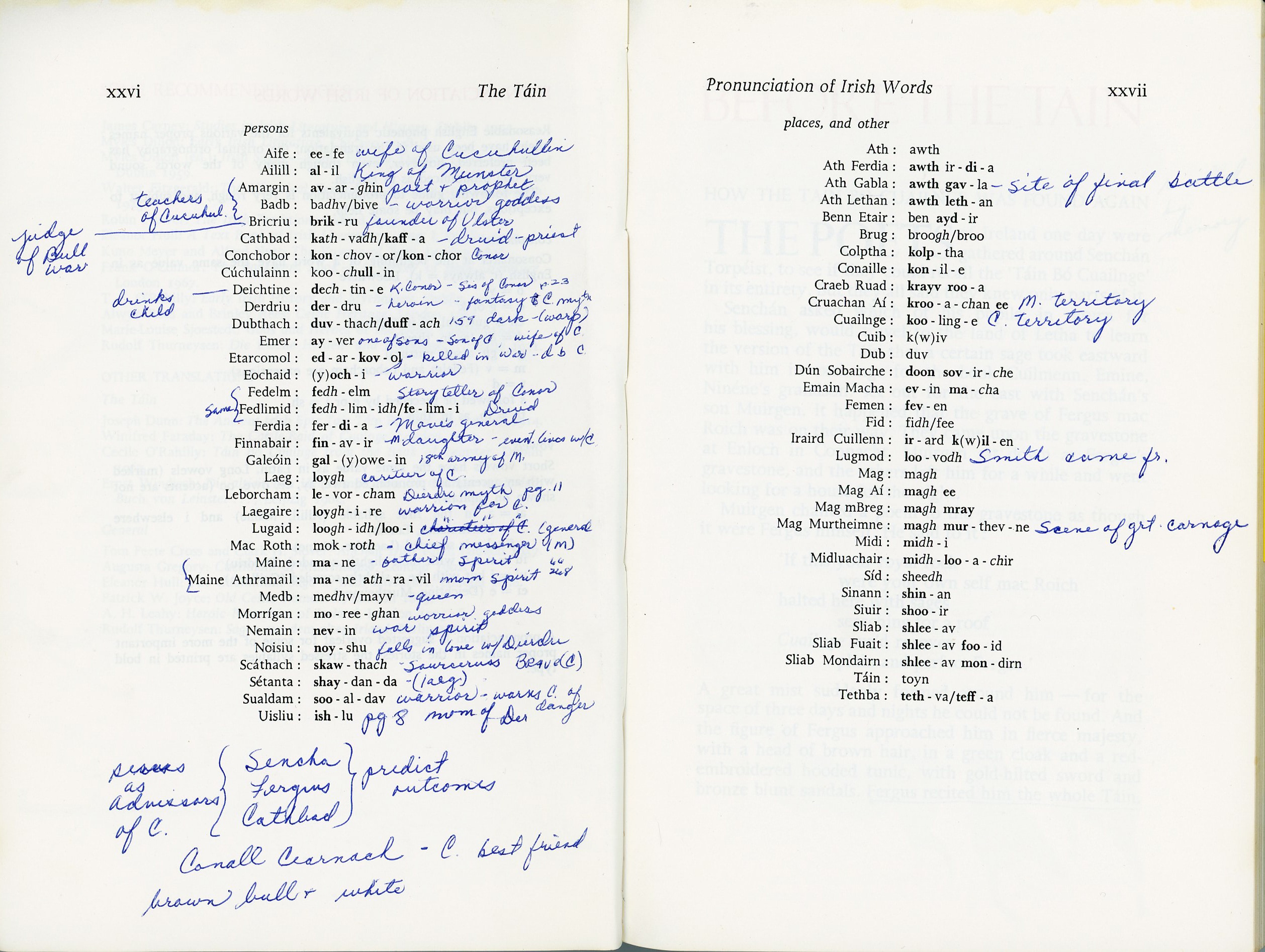 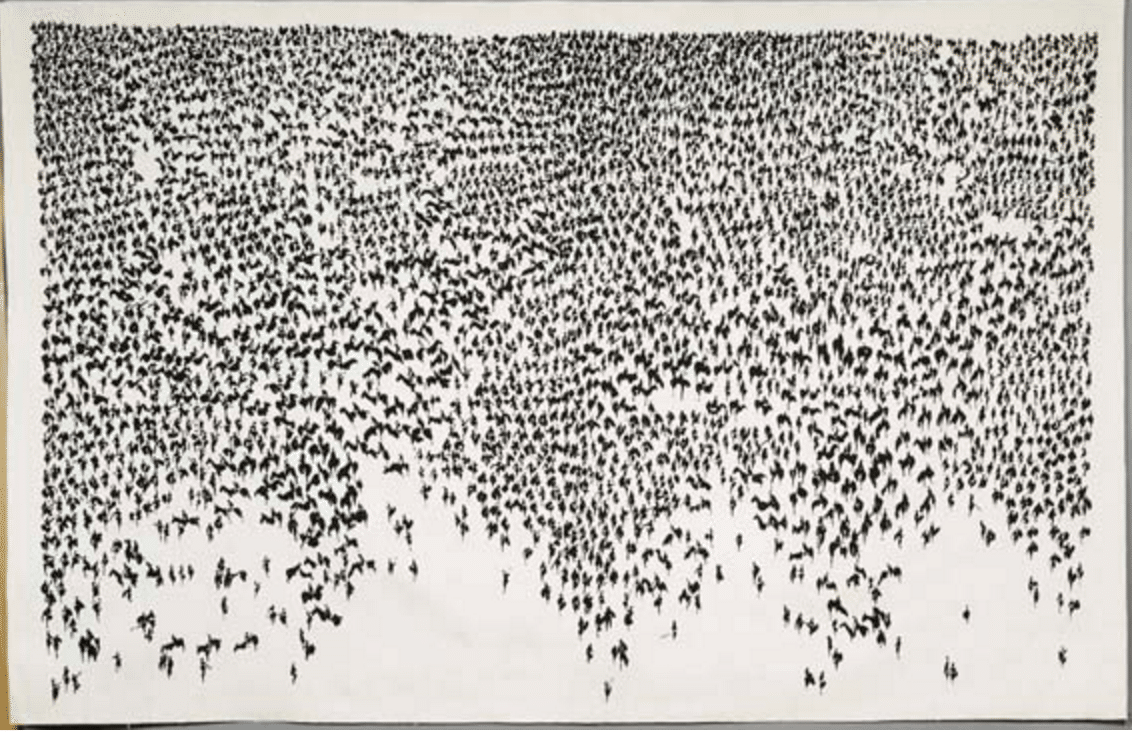 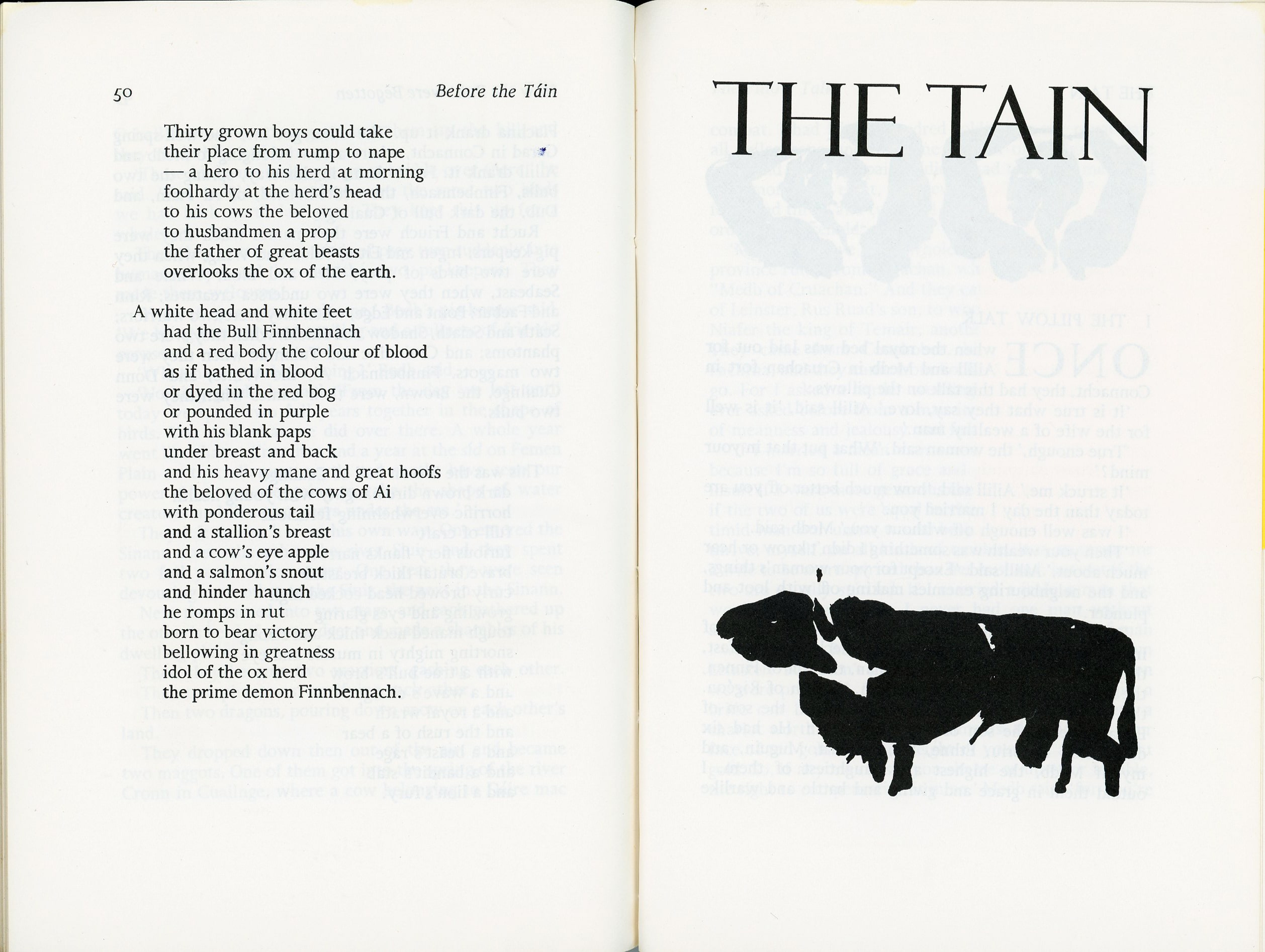 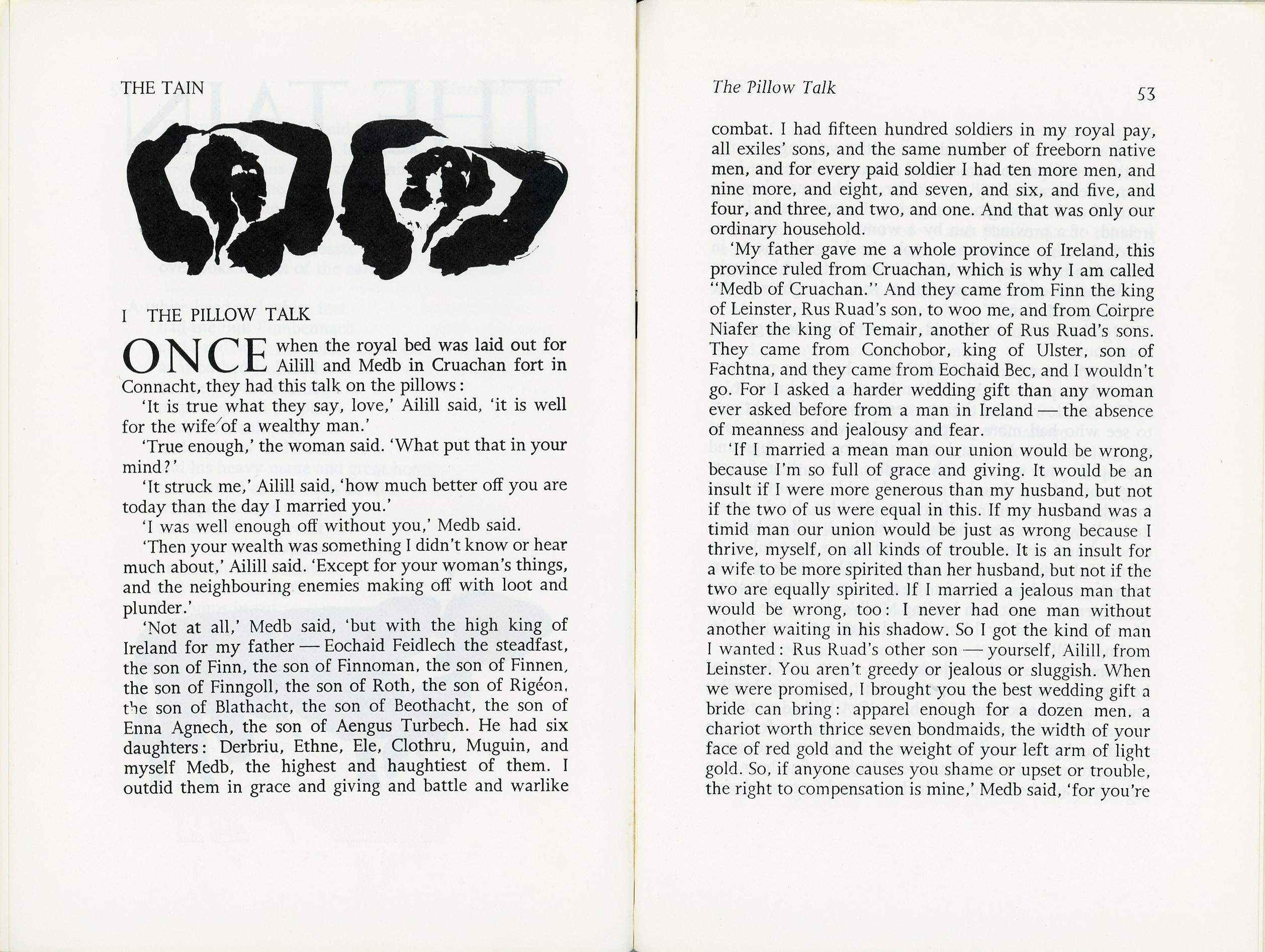 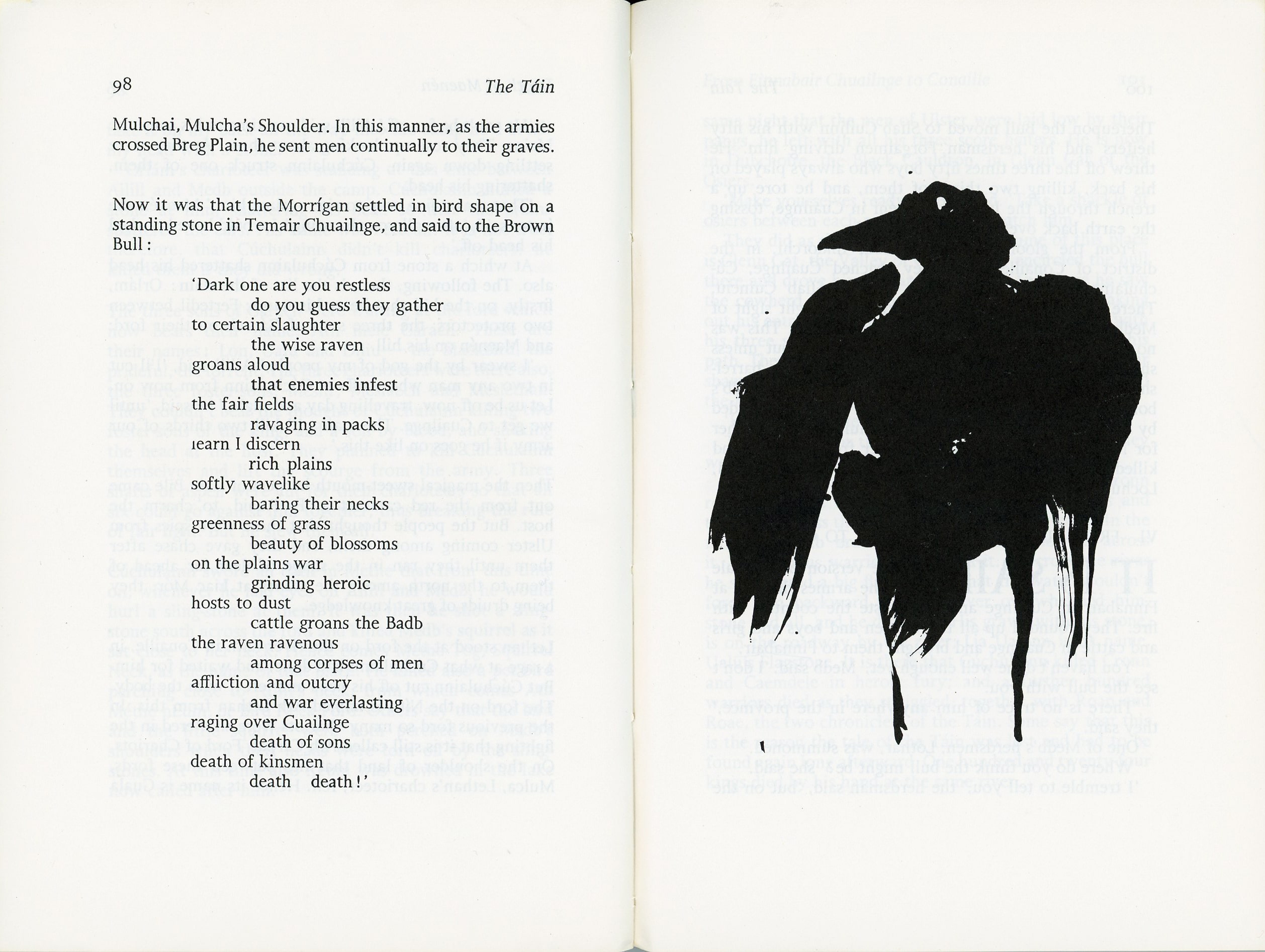 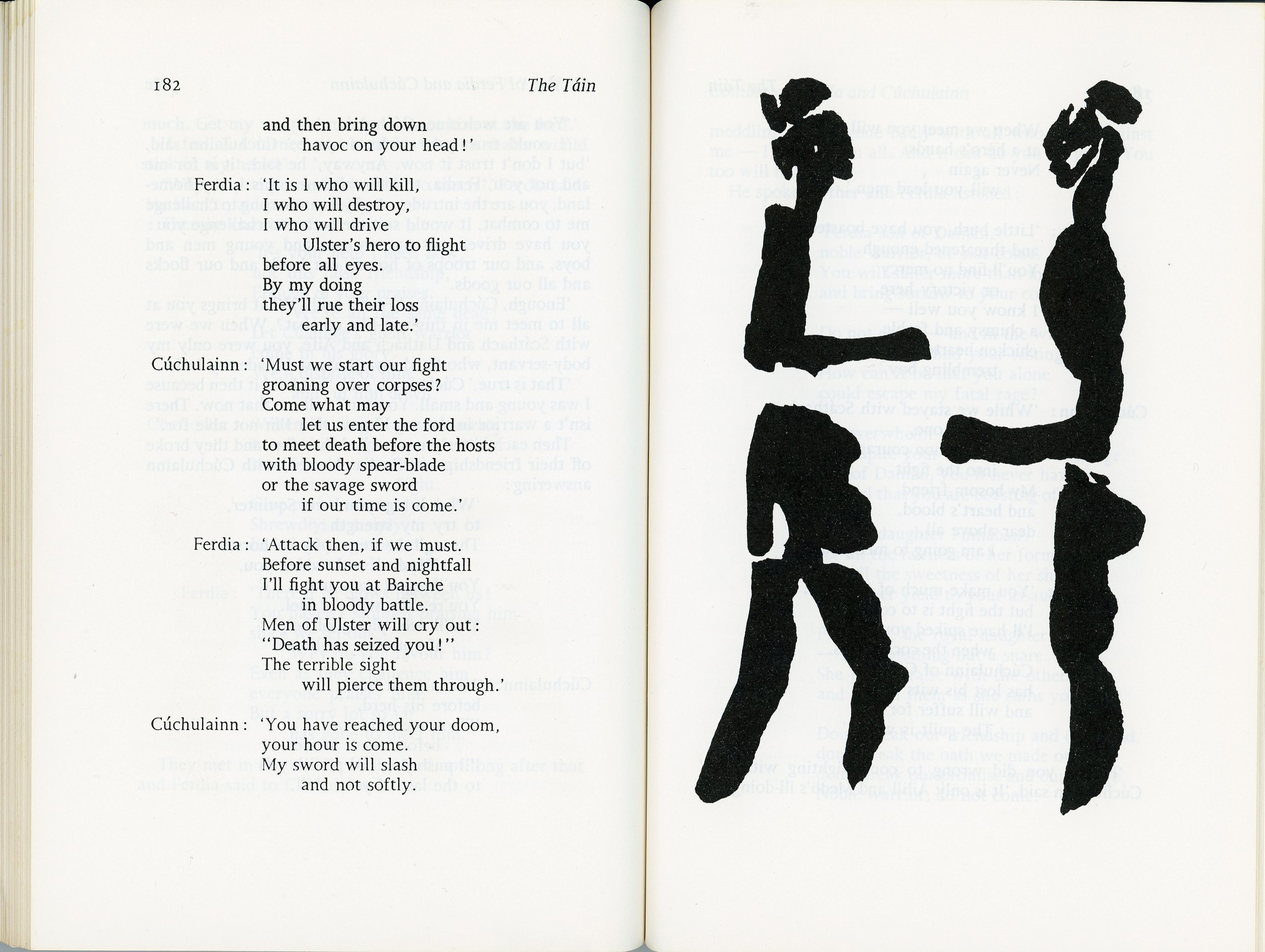