We Think Timing is an Art, But It’s Really a Science

What if I told you there was a time of the day you shouldn’t go to the doctor’s office? Or the solution to your afternoon slump is not to power through, but rather to take a restorative break? Or what if I said you shouldn’t drink coffee as soon as you wake up? All these questions, and many more, are answered by Daniel Pink in his informative novel When: The Scientific Secrets to Perfect Timing. According to the well-researched author, we think timing is an art, but it’s really a science.

I’m sure you’ve indulged in your typical how-to book, but Daniel Pink creates an entirely new genre with his when-to book. Utilizing research studies from the fields of psychology, biology, neuroscience, and economics, Pink creates an easily digestible book that applies to everyday life. Pink dives into common everyday scheduling questions and answers them with research that gives us reasons to think more carefully before we make these decisions.

The basis of Pink’s research relies heavily on an understanding of the common pattern people oscillate between. Do you ever feel energized in the morning only to start to go into a slump by the afternoon, then regain energy later on? Based off of a study by two Cornell sociologists using 500 million tweets, it’s apparent you aren’t the only who has felt that similar daily fluctuation between energy levels. Through a computer analysis program that sorts language in the tweets by either positive or negative effect, the researchers found a pattern consistent throughout the multitude of countries, genders, and languages in the study. The consistent oscillation moved between a peak (in the early morning), a trough (in the late afternoon), and a rebound (later in the evening).

Keeping the hidden daily pattern in our lives in mind, Pink provides countless useful tips to utilize timing to our advantage. In the next couple of blog posts, we will begin to explore just a few of Pink’s tips from his “Time Hacker’s Handbook”- proving time can be our friend. 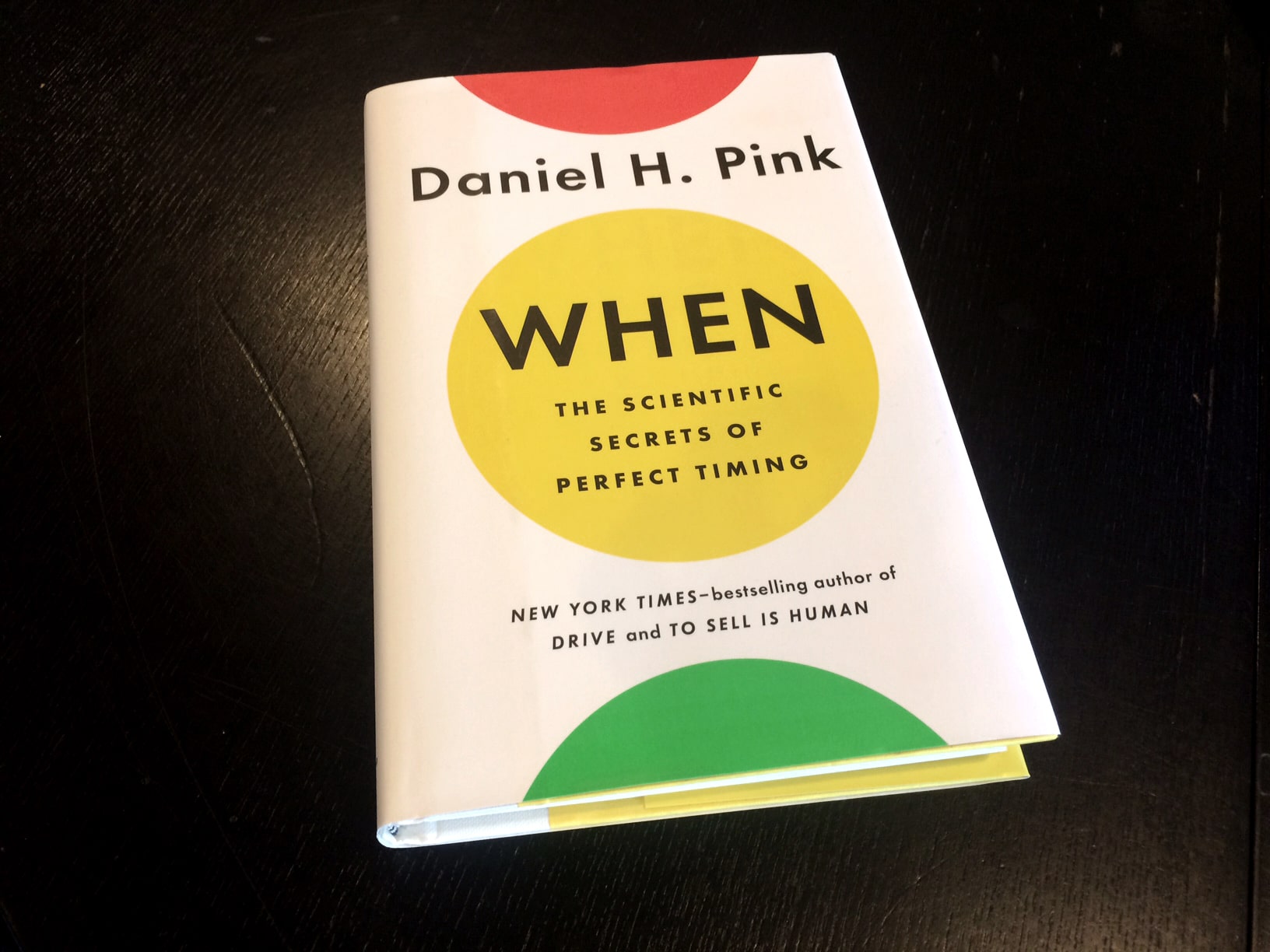