Shelf Life – Our Friend the Atom by Heinz Haber

The word ‘propaganda’ has such a negative connotation that people wouldn’t dare use the word to describe what Walt Disney was doing back in the late 50’s. However, that’s exactly what his book Our Friend the Atom was: propaganda. Released shortly after the atomic bombs were dropped on Hiroshima and Nagasaki in 1945, Our Friend the Atom attempted to show the beneficial side of the atom as opposed to the destructive nature of them. The book is beautifully illustrated by the Disney Studios staff and art directed by Paul Hartley. With the help of German physicist and USC professor Heinz Haber, Our Friend the Atom showcases various scientists and theories around the atom and how we came to gain as much knowledge about them as we had at the time.

The book starts off by introducing a fisherman who has found this genie in a bottle and the genie grants the fisherman three wishes (remind you of anything?). Then it proceeds to walk you through the history of the discovery of the atom, starting all the way back in ancient Greece moving towards the modern day. At the end of the book, it takes you back to those three wishes that the fisherman had. As he makes the wishes, they explain how those wishes are possible because of the knowledge we now have of the atom.

The illustrations are very Disney in nature, but also very fitting for the time period. They have a slight Saul Bass feeling, but the characters are very familiar and comforting as they are reminiscent of existing Disney favorites. This is definitely a fun book to own, and definitely an inspiration to kids who want to get into the science field. You don’t often see books in a children-friendly form encouraging the study of atoms. Regardless of your love/hatred of the science field, the book is worth a spot on your shelf. 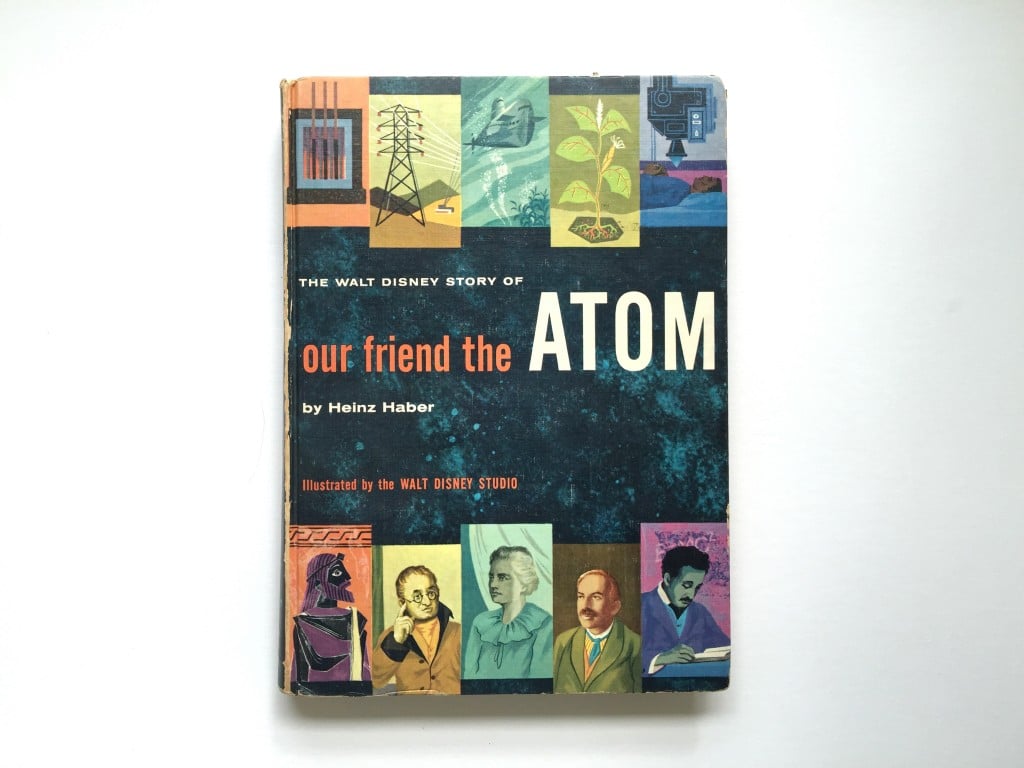 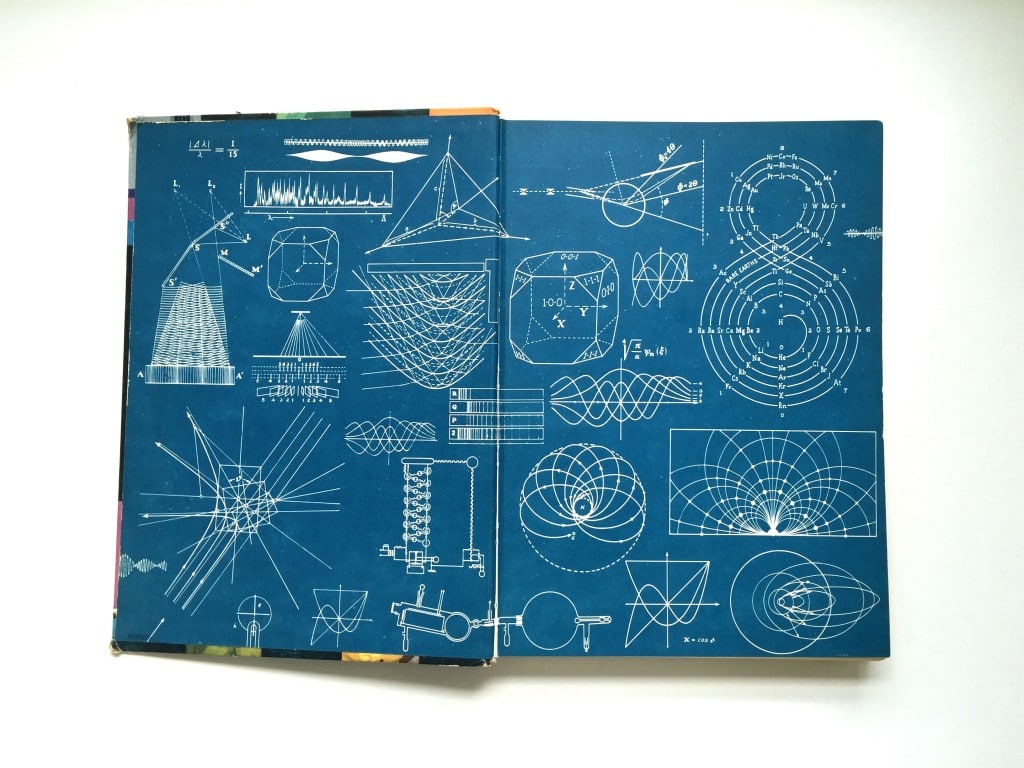 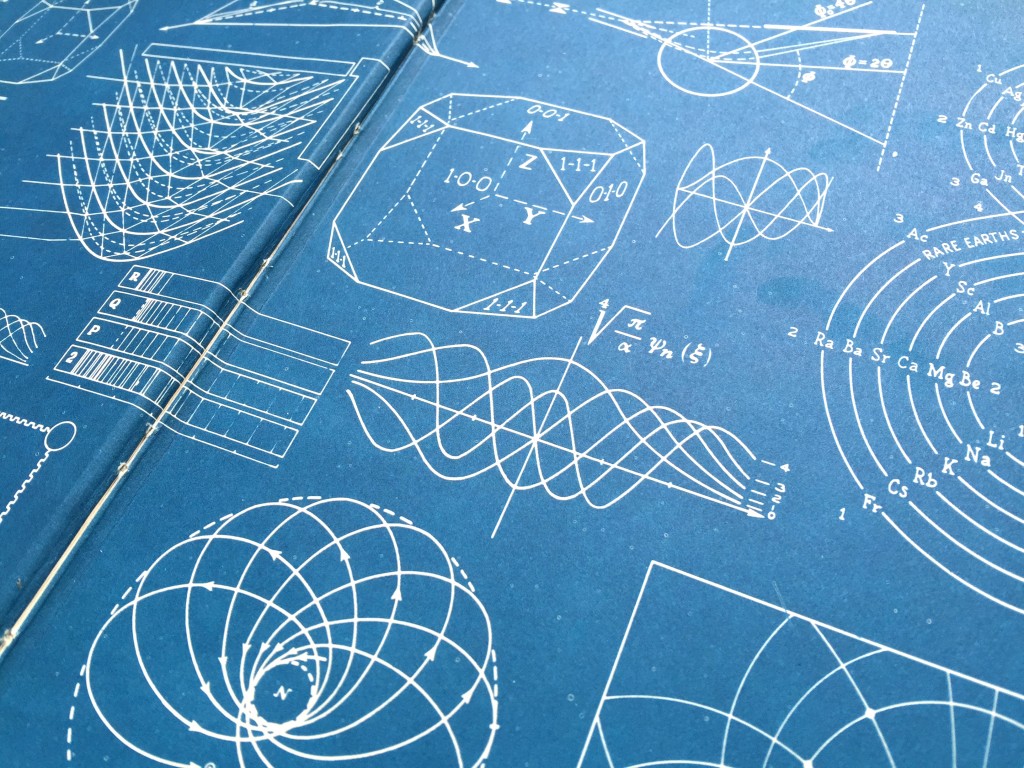 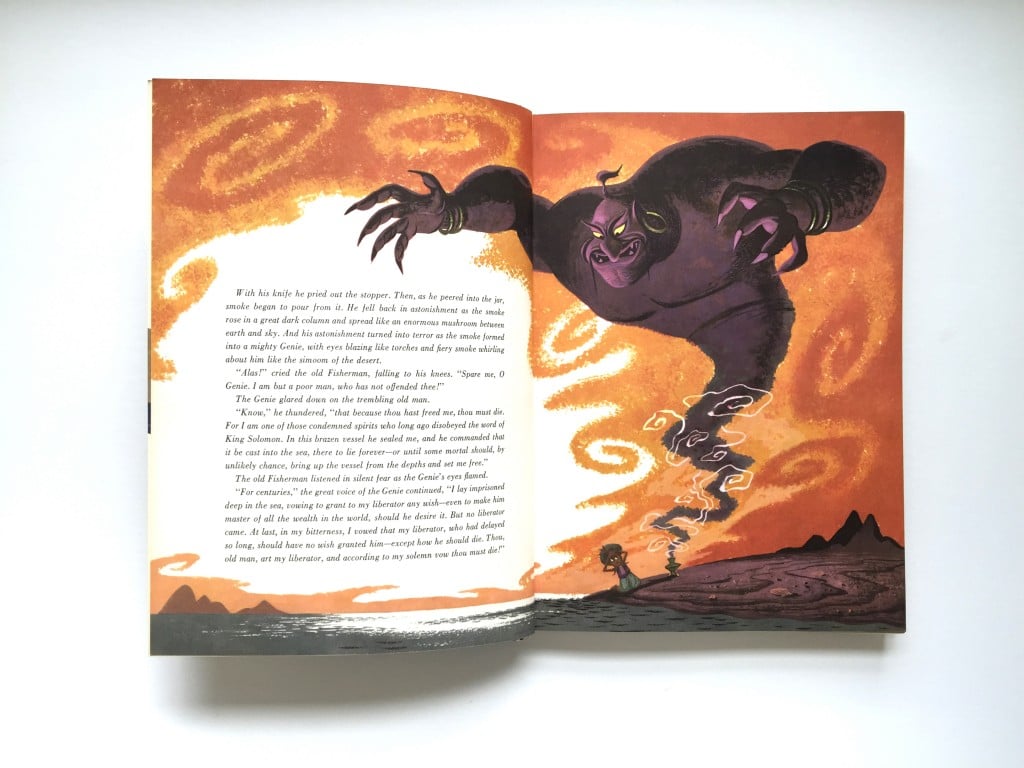 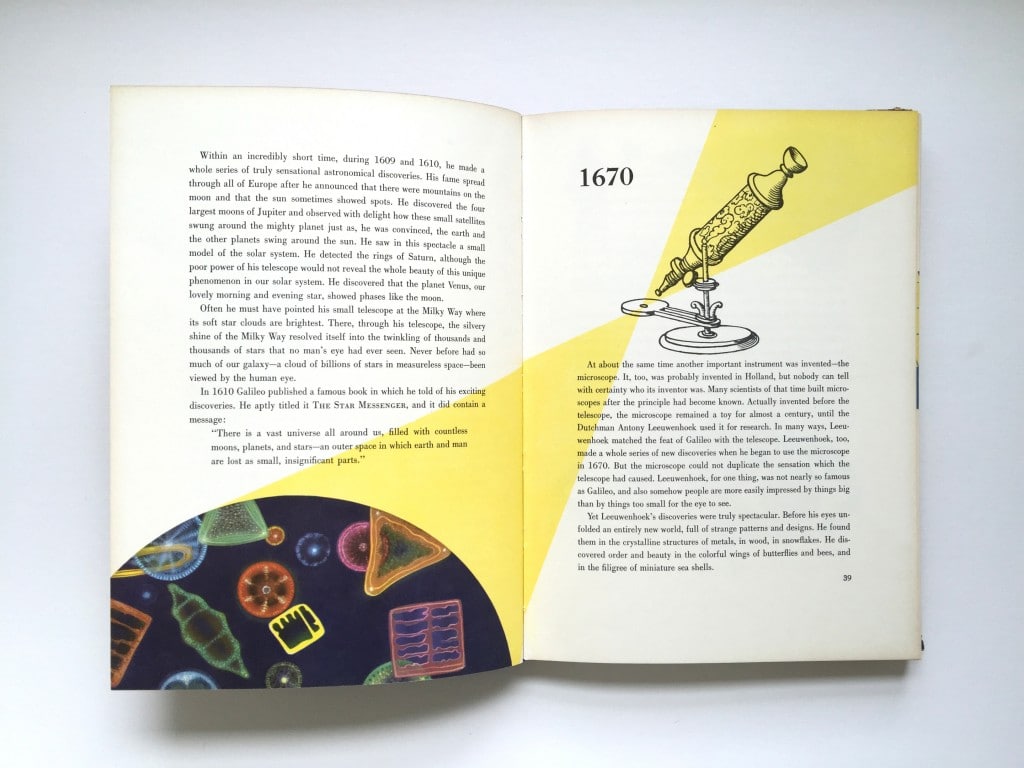 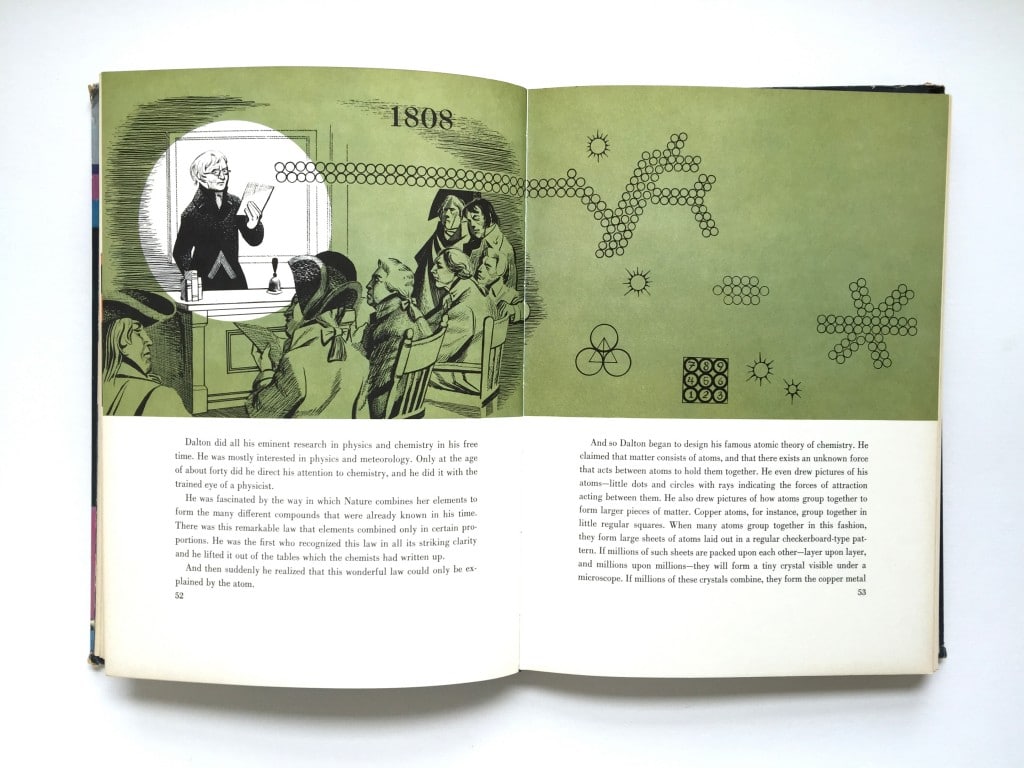 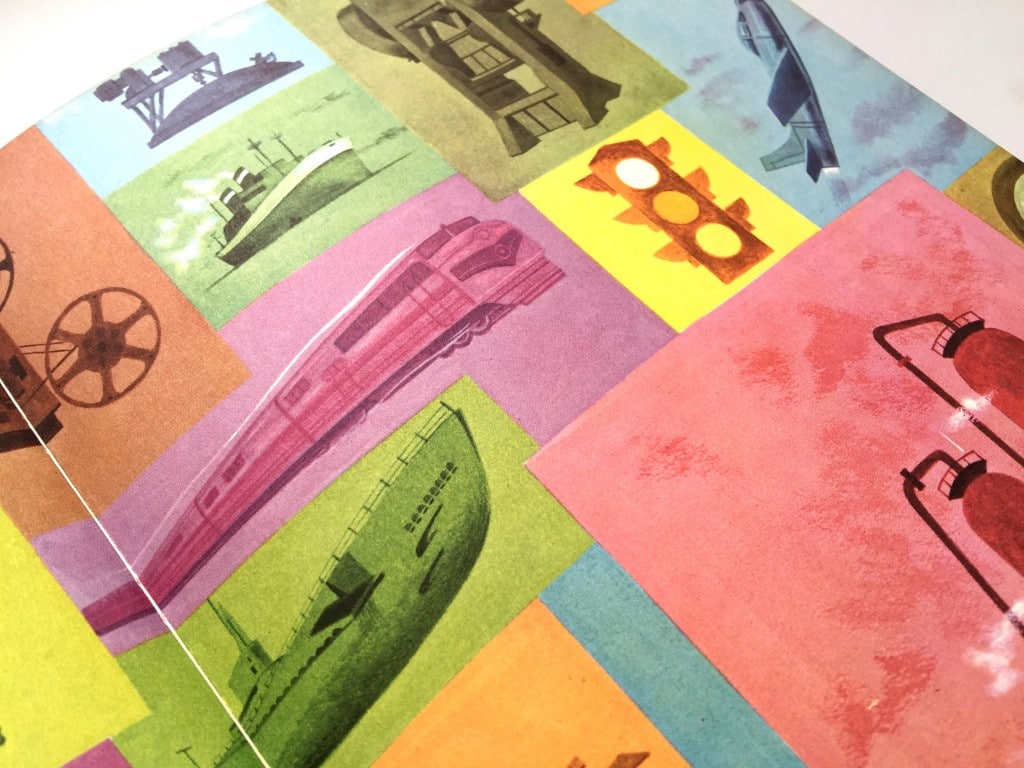 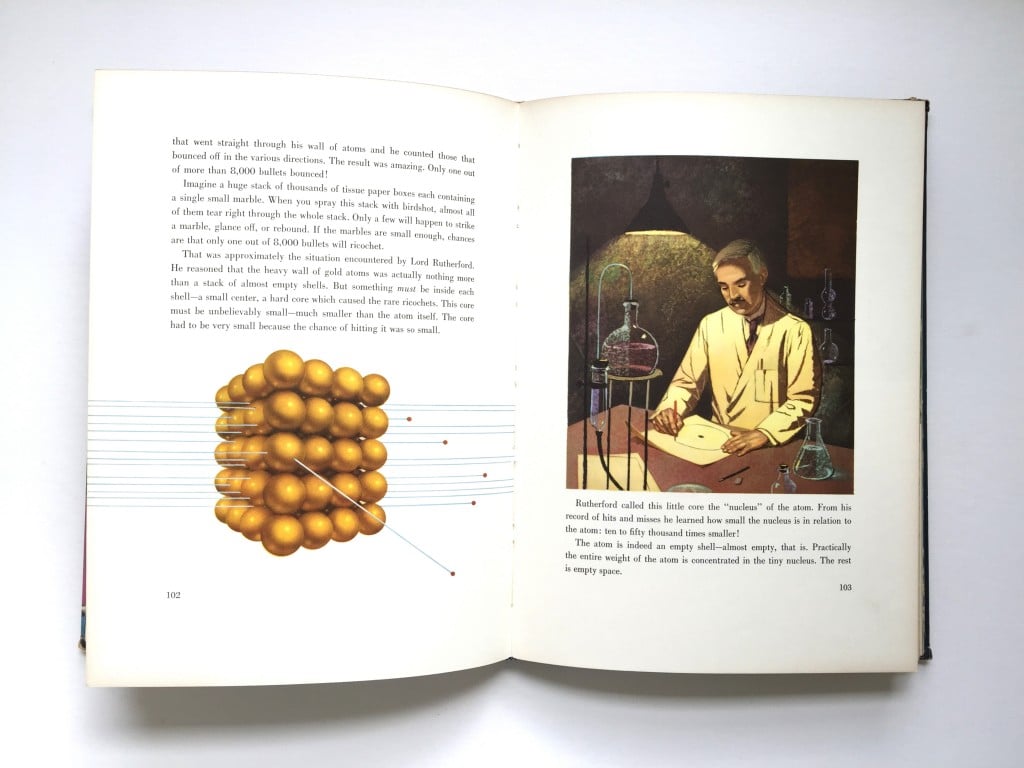 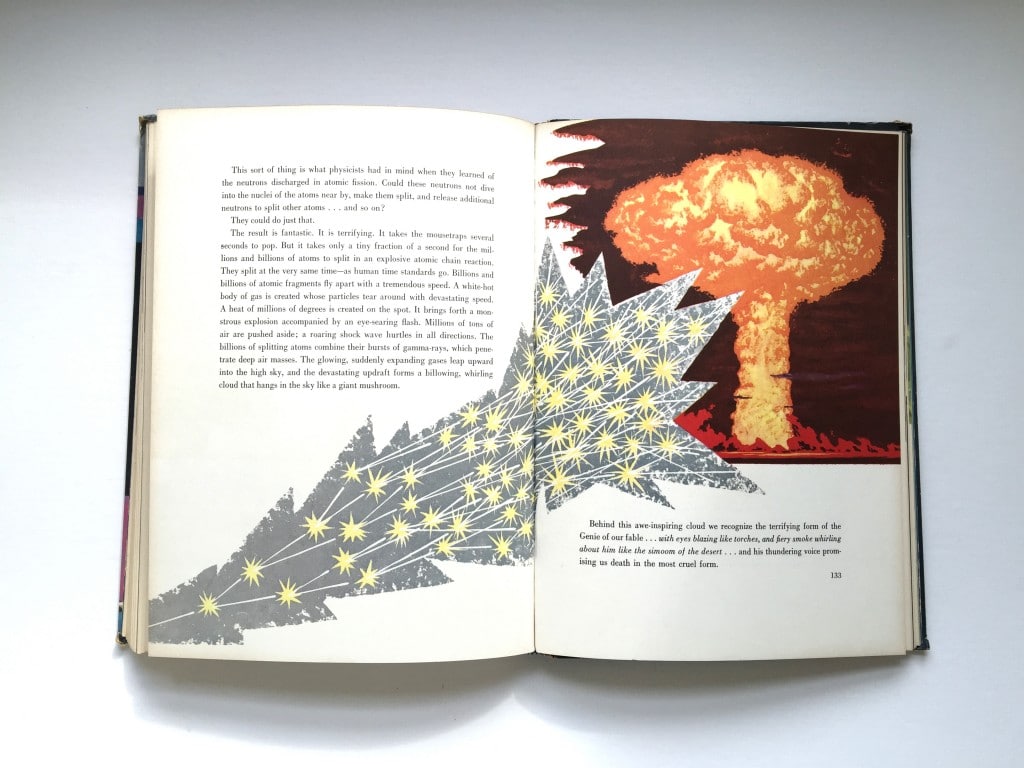 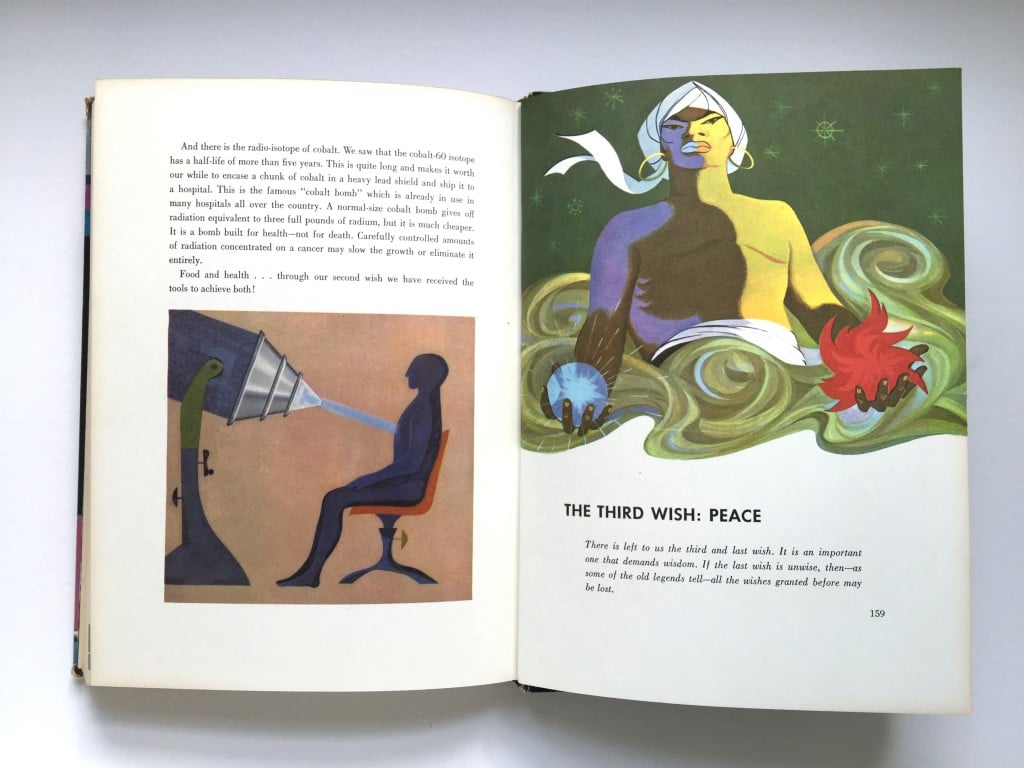