No Man’s Land is a book written and illustrated by the highly regarded French illustrator Blexbolex and printed by Nobrow Press. What makes this book so fascinating are the beautiful, albeit at times disturbing, illustrations captured by Nobrow’s printing process. Nobrow utilizes spot color printing, which is not too common process used only by a handful of printers worldwide. Spot color is a technique used in offset printing and is any color generated by an ink, pure or mixed, that is printed using a single run. More and more publishers these days are using digital printing processes since it’s typically cheaper, faster and the quality has improved tremendously over recent years. The beauty in this book is the simple harmony between the illustration and the complimentary printing style.

Blexbolex, born as Bernard Granger, having studied screen-printing at the School of Fine Arts in Douai, France is no stranger to unique printing processes. After school he began his work as an illustrator first releasing self published work, followed by contributions to various works such as Popo Color, Fusée, and Ferraille. In 2008 he received a prize for the “Best Book Design of the World” for his L’Imagier des gens.

No Man’s Land is a macabre story told in the first person taking you through the main character’s nightmarish world. The front cover hand-drawn title integrates perfectly with the cover illustration while the interior text layout remains simple and forced to the bottom of each page, enabling each illustration to take center stage. Even without reading the book one can create a visual appreciation of the story in their head or be completely confused and a little troubled. Whether you buy the book for the story or the beautiful illustrations it’s definitely one worthy of a spot on your shelf. 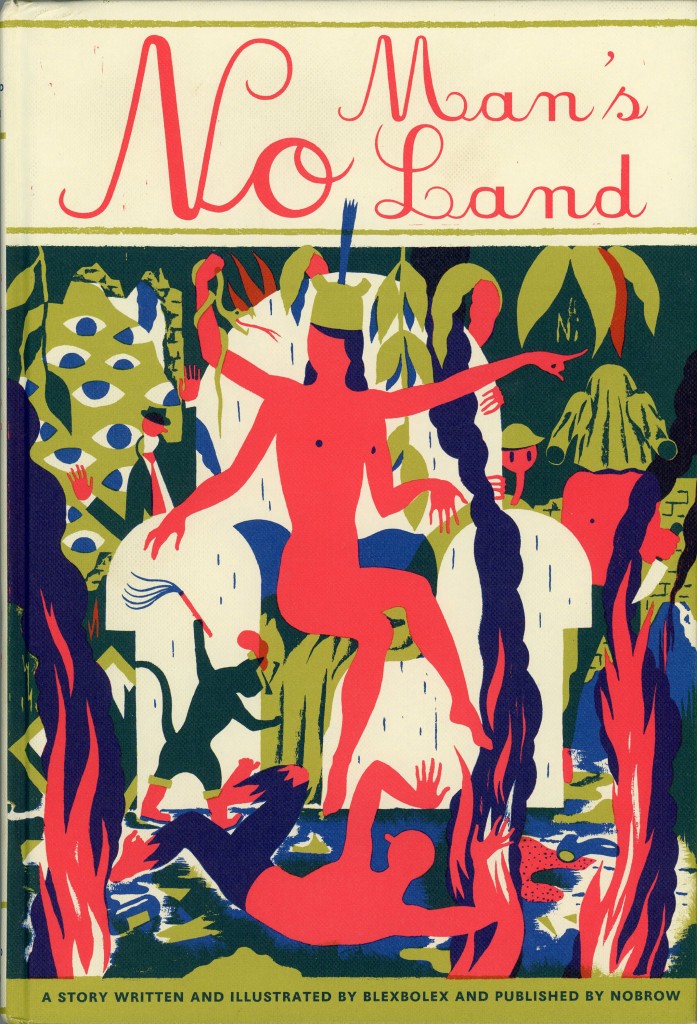 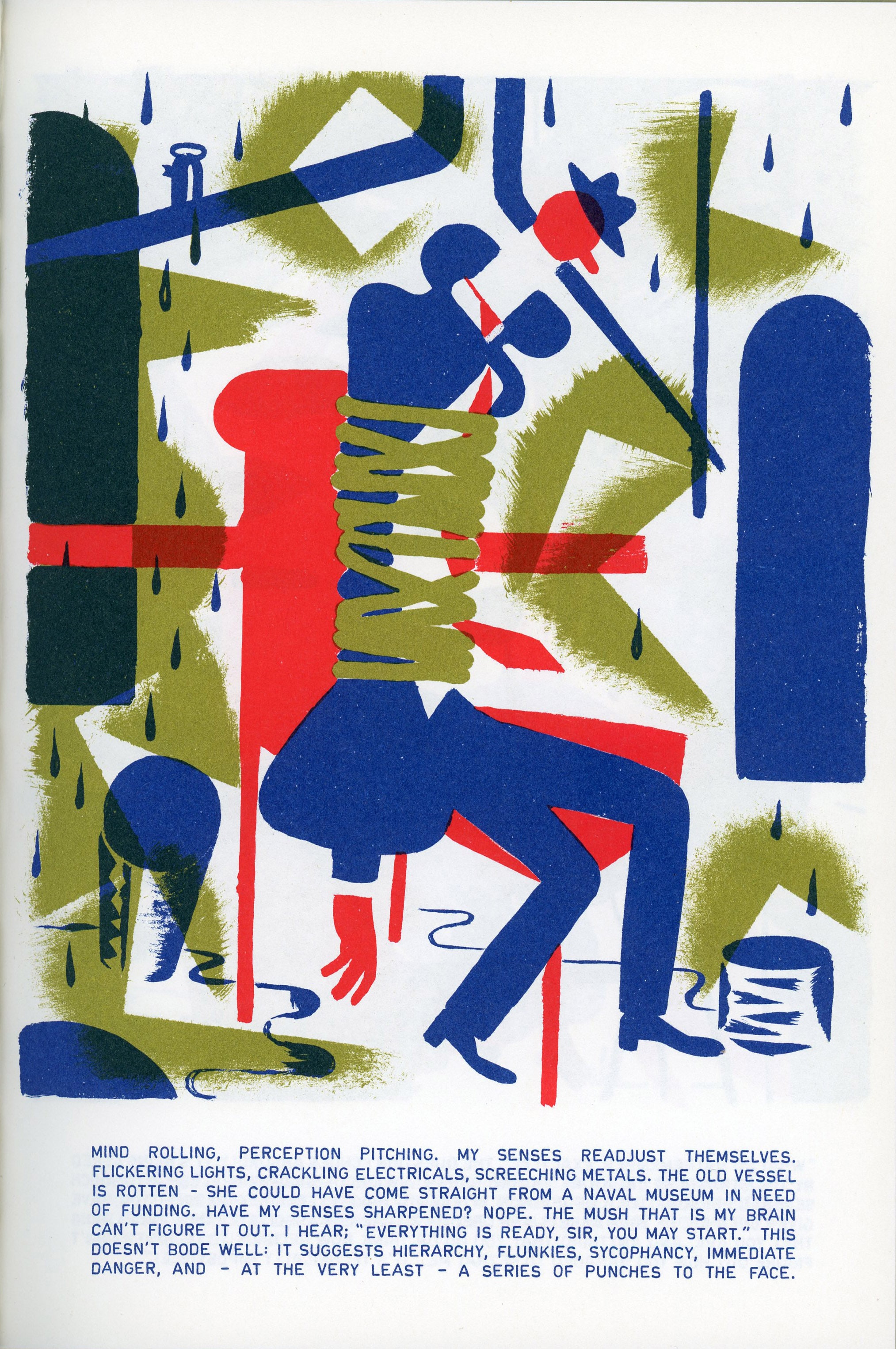 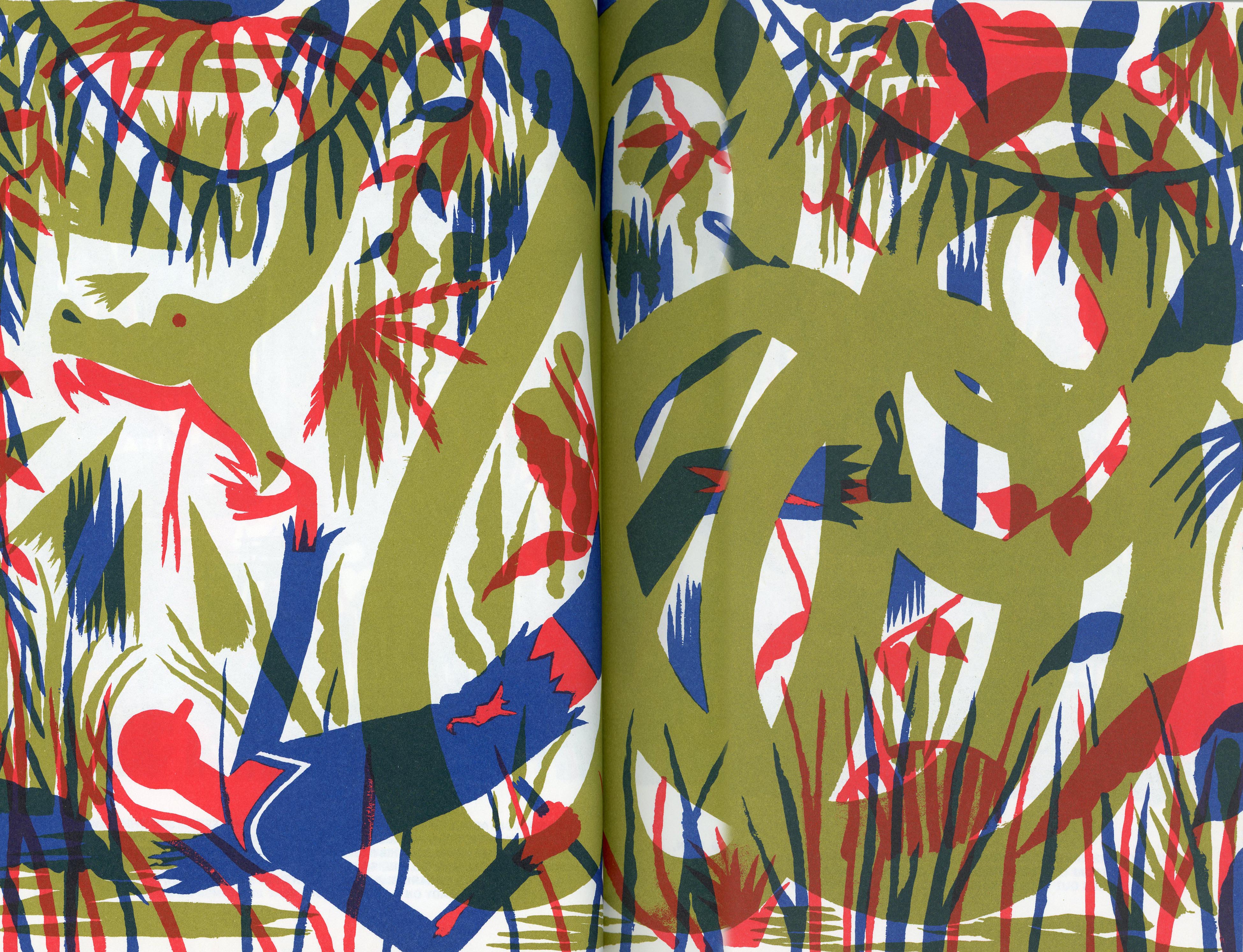 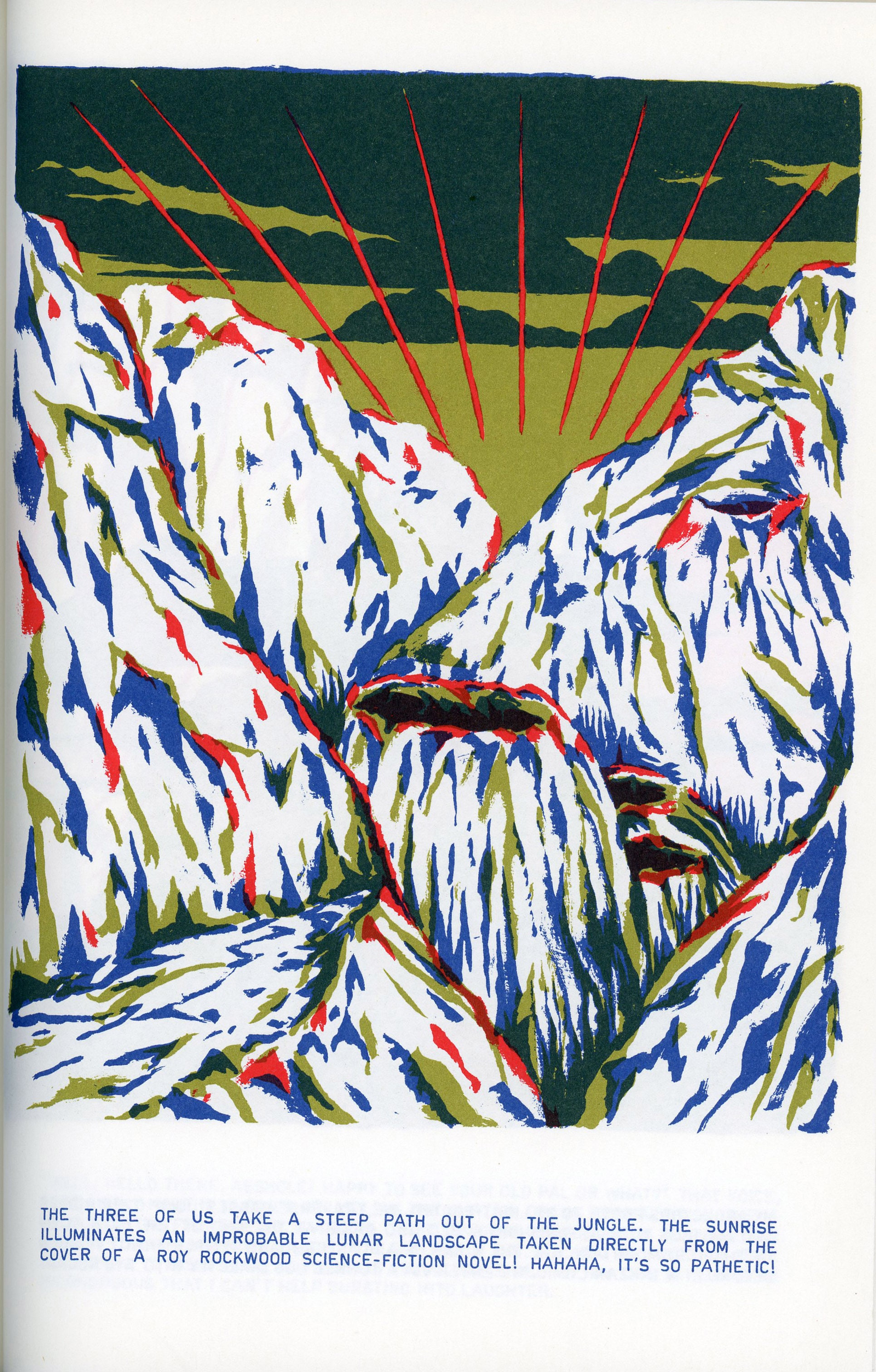 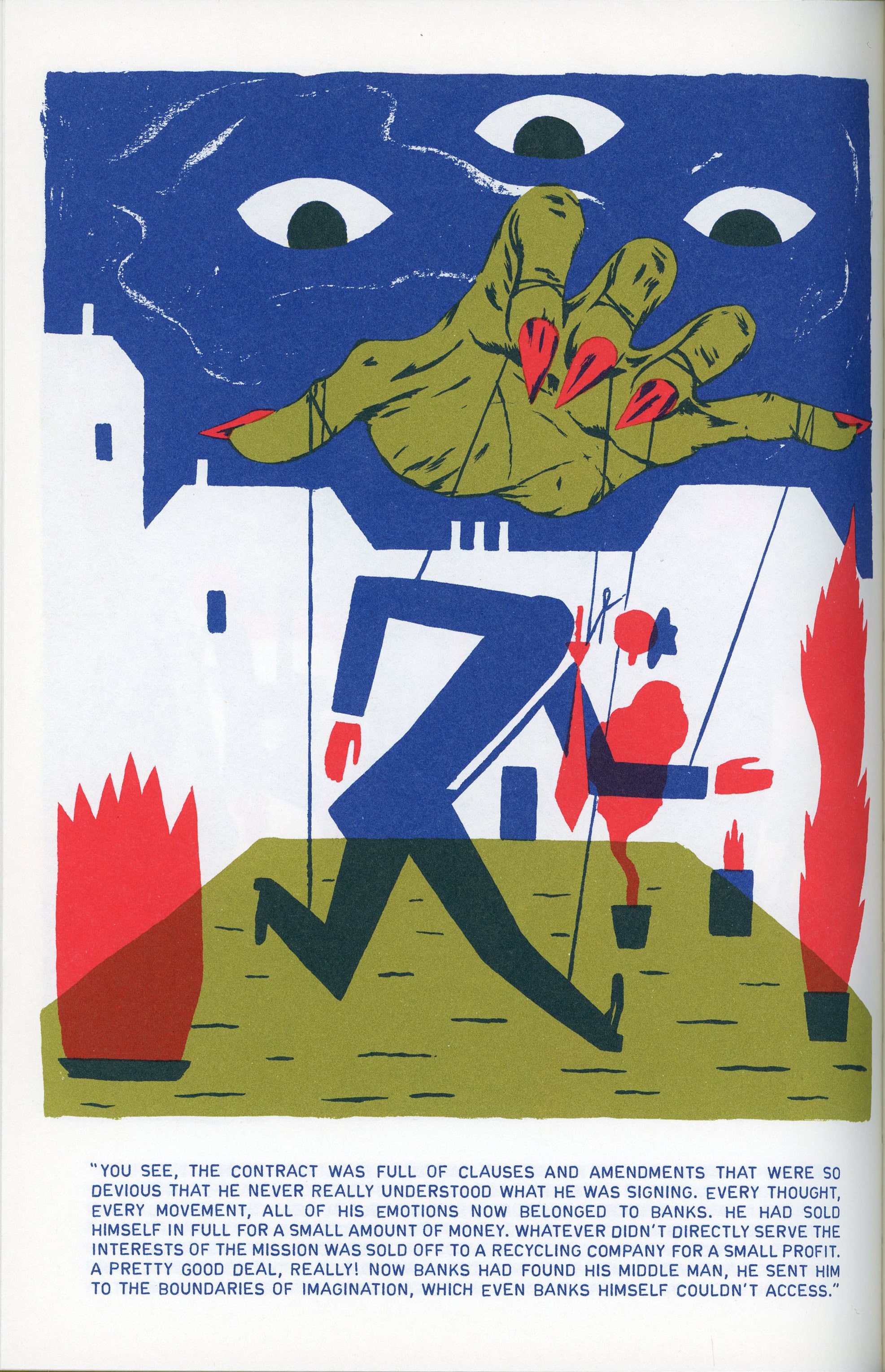