Prosper Mérimée was a French dramatist, historian, archeologist, and short story writer known for his love of mysticism, history, and the unusual. His most popular novella was Carmen which was later adapted into the famous opera Carmen by Georges Bizet. However, it isn’t Carmen we’re talking about today; it’s this gorgeous book called Lokis. Written in 1869 Lokis is a horror fantasy novella and one of the last stories Mérimée would write.

The story is about a young man who is suspected to be half-man half-bear because he was born after his mother was “mauled” (raped) by a bear. It’s set in rural Lithuania which was one of Mérimée’s sources of inspiration for his stories. The title Lokis is a misspelling of the Lithuanian word lokys meaning “bear”. The story is a fascinating tale of this young man’s journey into becoming a beast himself; killing his bride on his wedding night and fleeing into the woods. Some people believe this story to be an inversion of the Beauty and the Beast fairytale where the man becomes the beast instead of vice versa.

Lokis is a complete work of art telling a fantastic and mysterious story that is supported by absolutely brilliant illustrations and typography. Using simple drop caps and clean black ink etchings really gives this book a gorgeous open feel. Throughout the book various portraits of the author, letters, and illustrations are tipped in adding to the story itself. Unfortunately, I’m not fluent in French (not even a little literate) but find myself able to enjoy the book for the beautiful artwork inside. French-speaking or not if you can find this book it is well worth picking up. It would surely make a gorgeous addition to anyone’s personal library.

CHALLENGE: Do you read/speak French? Pick one of the pages & let us know what it says! Leave it in the comments below. 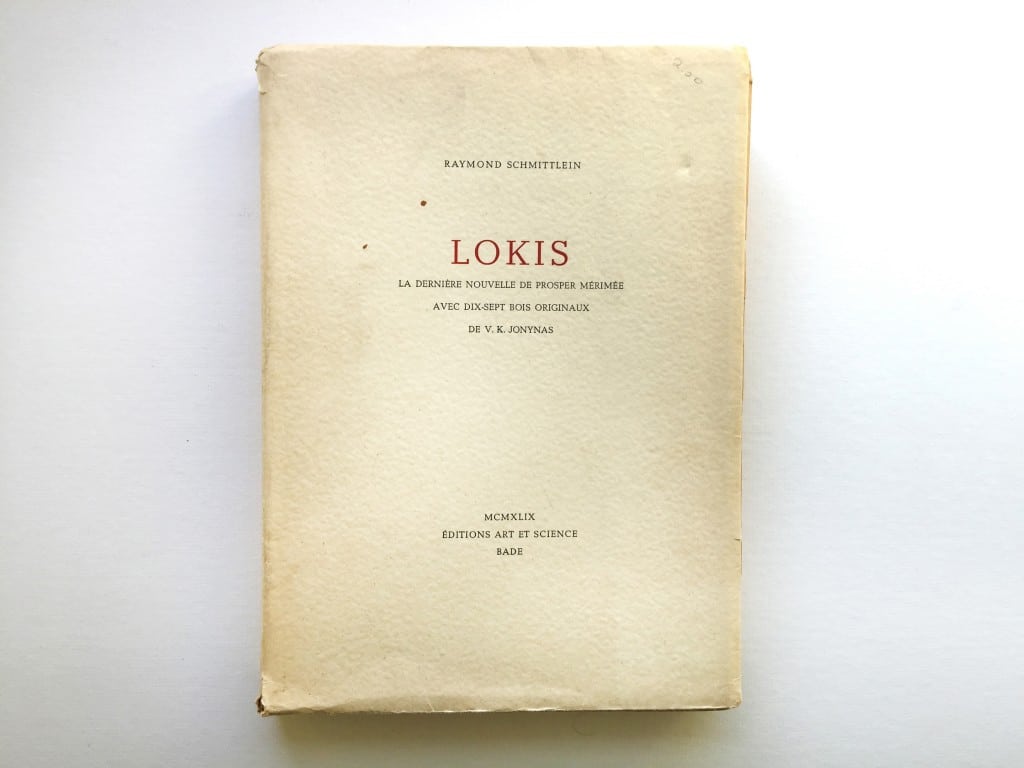 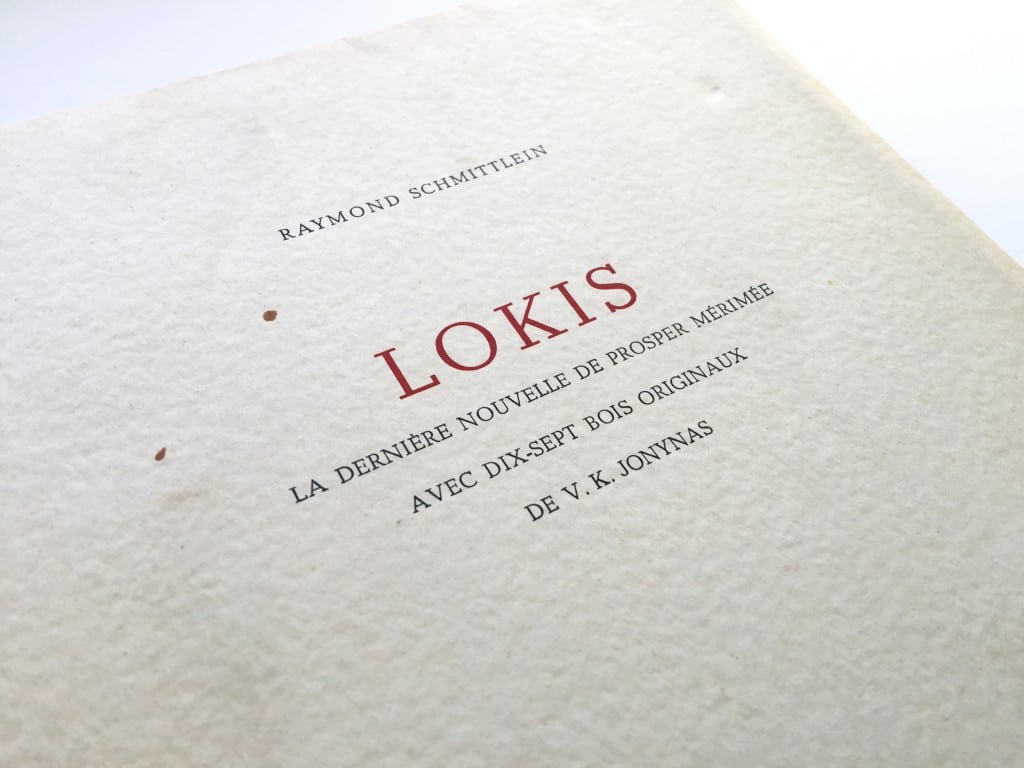 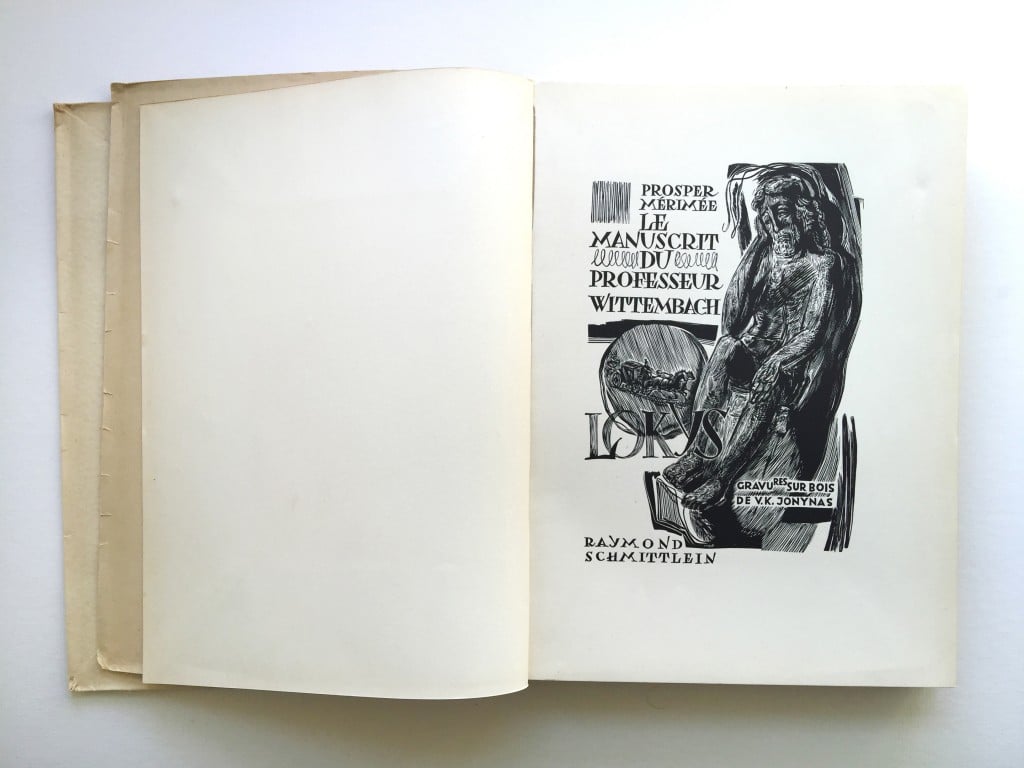 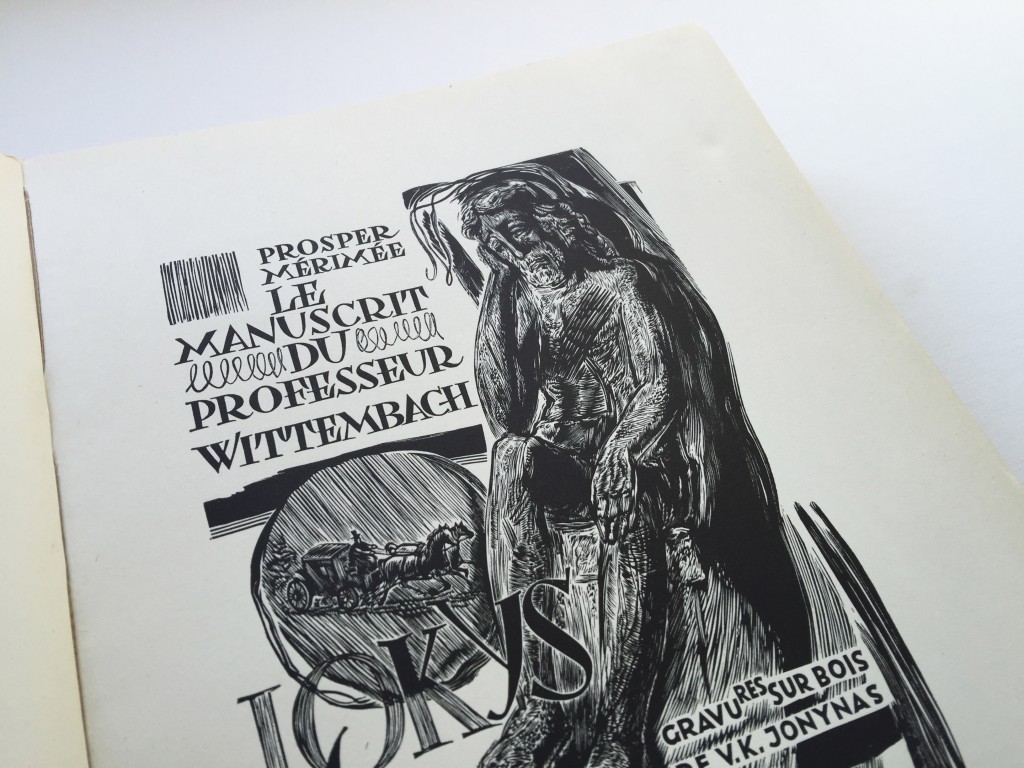 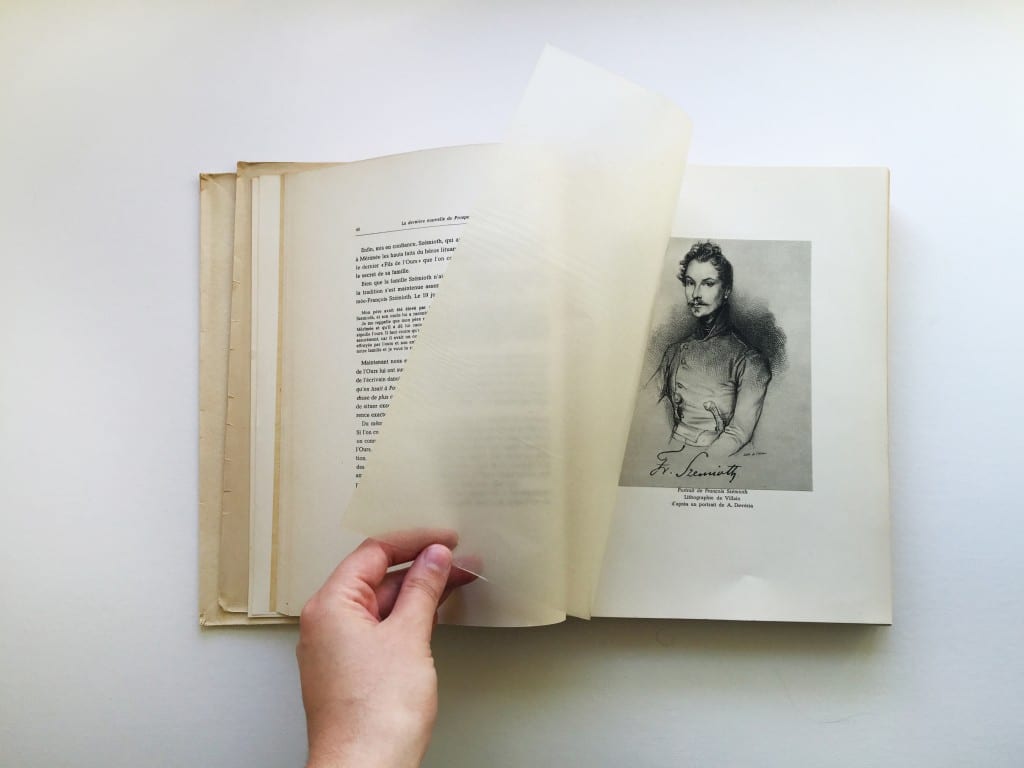 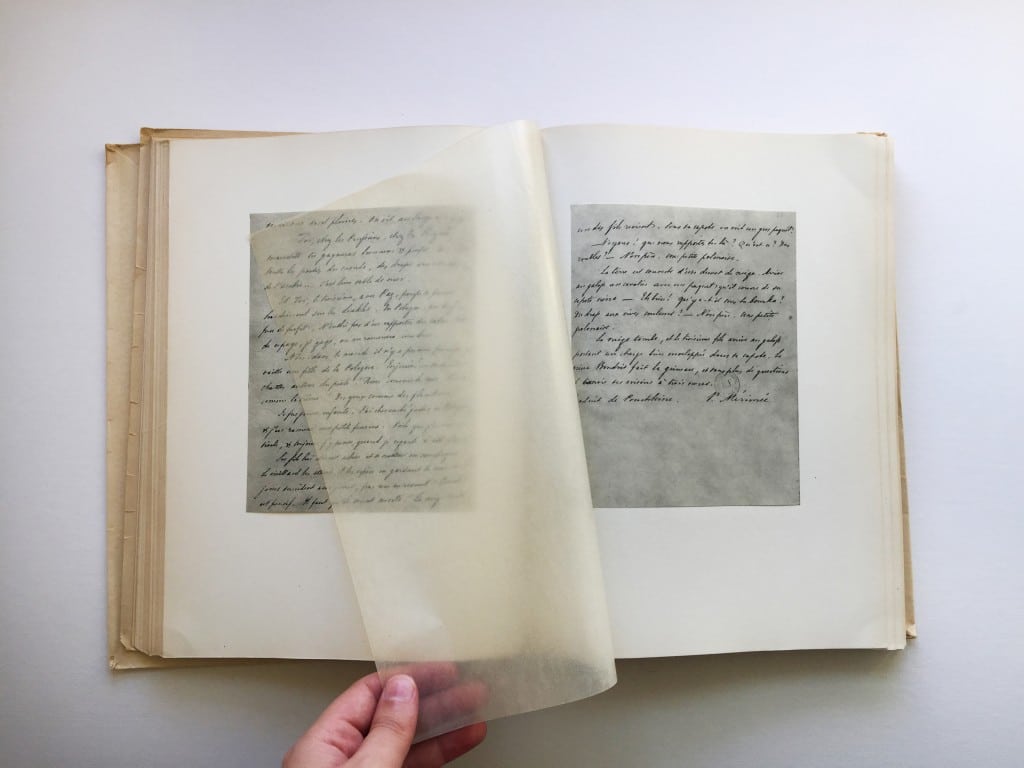 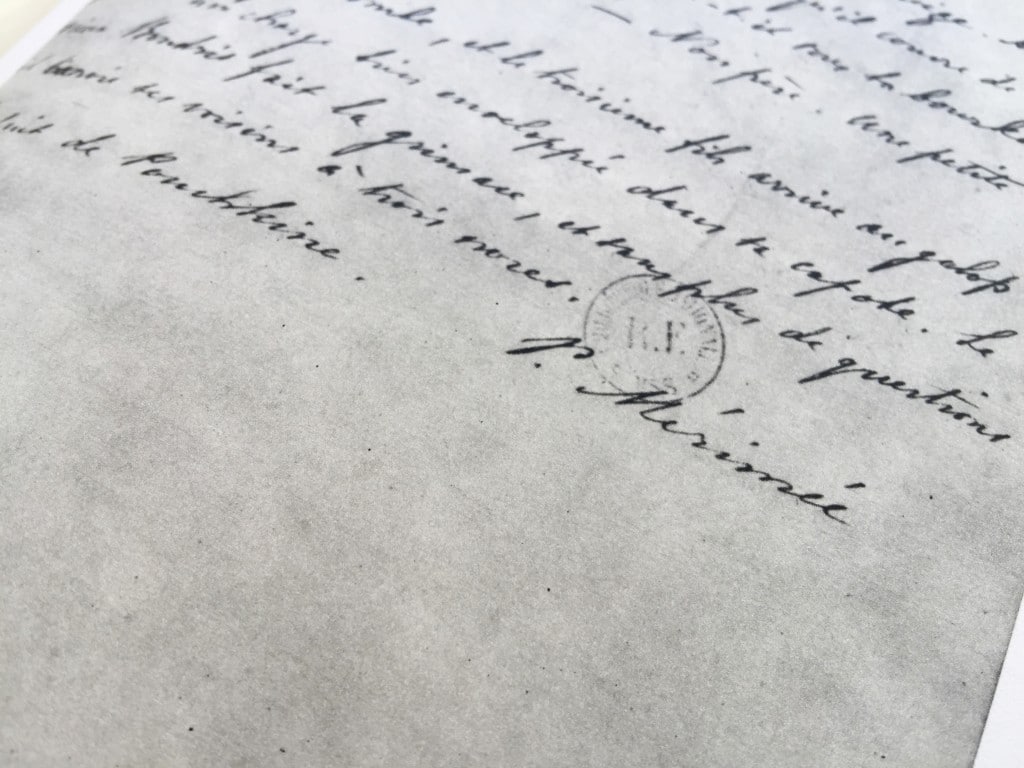 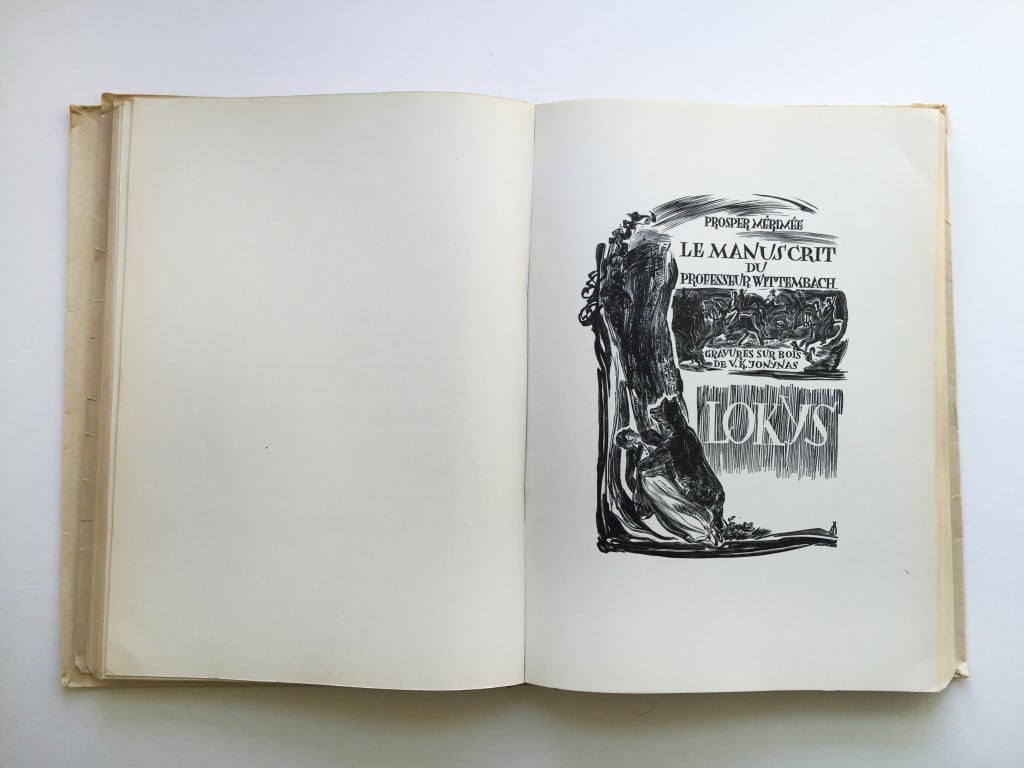 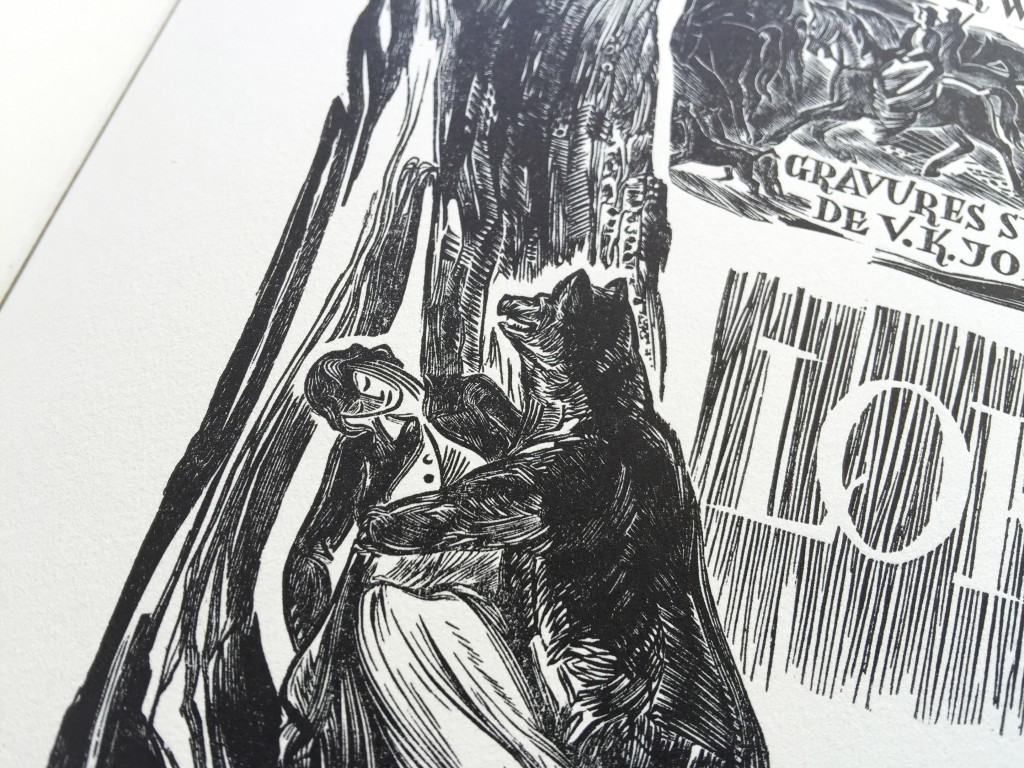 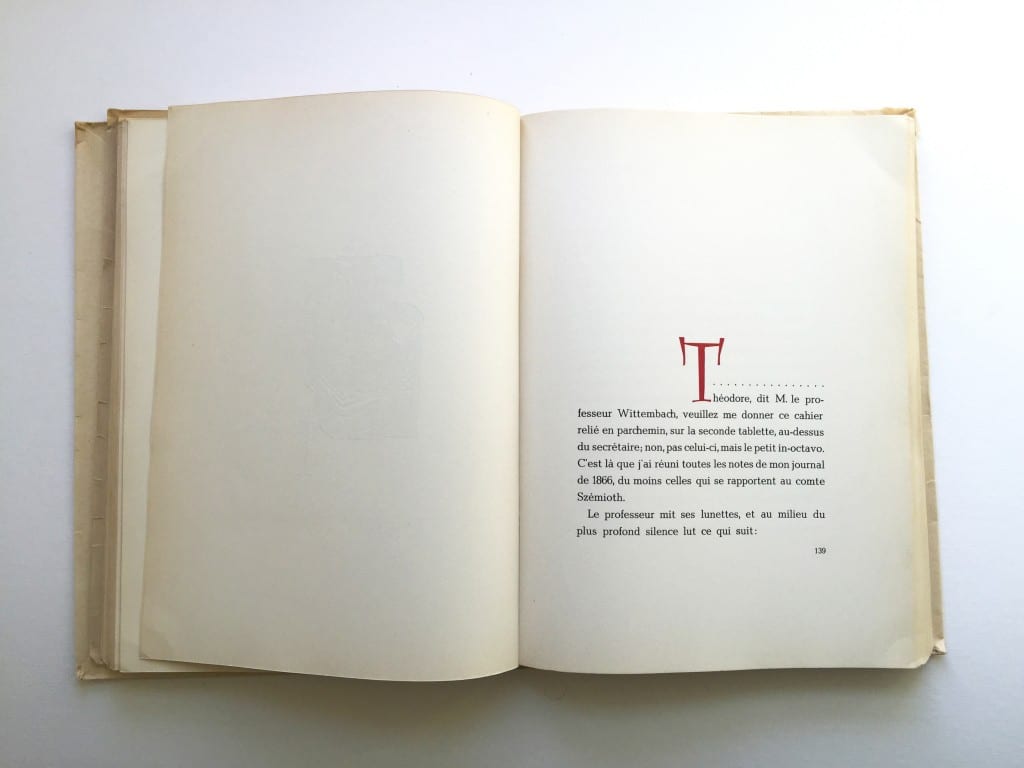 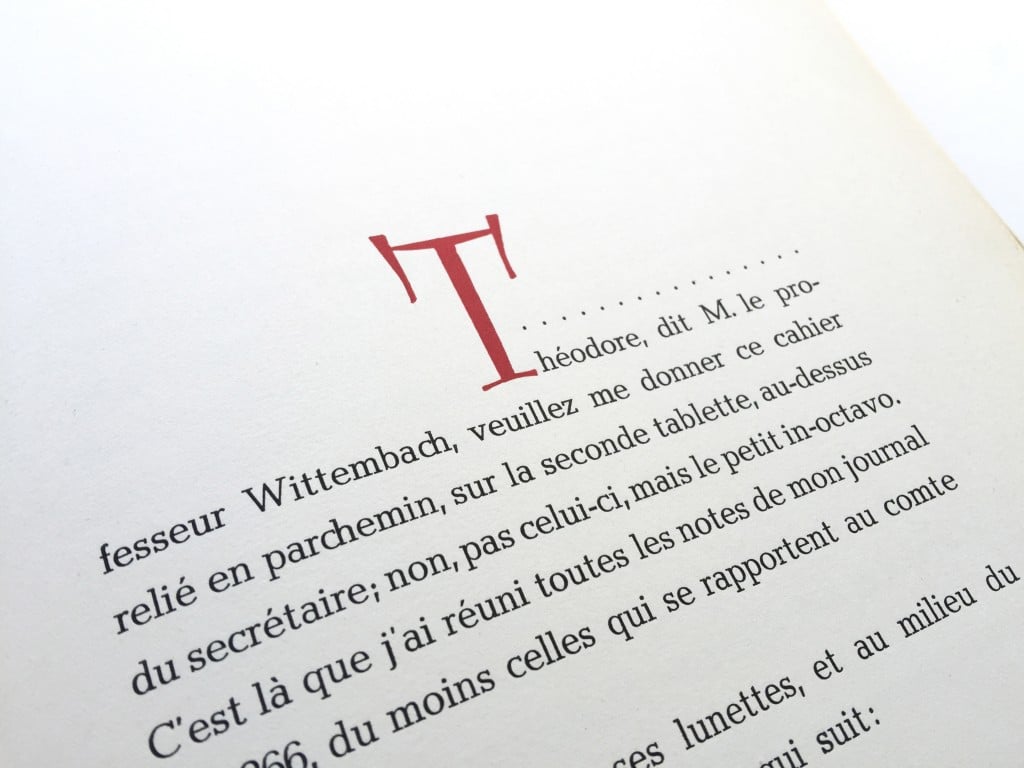 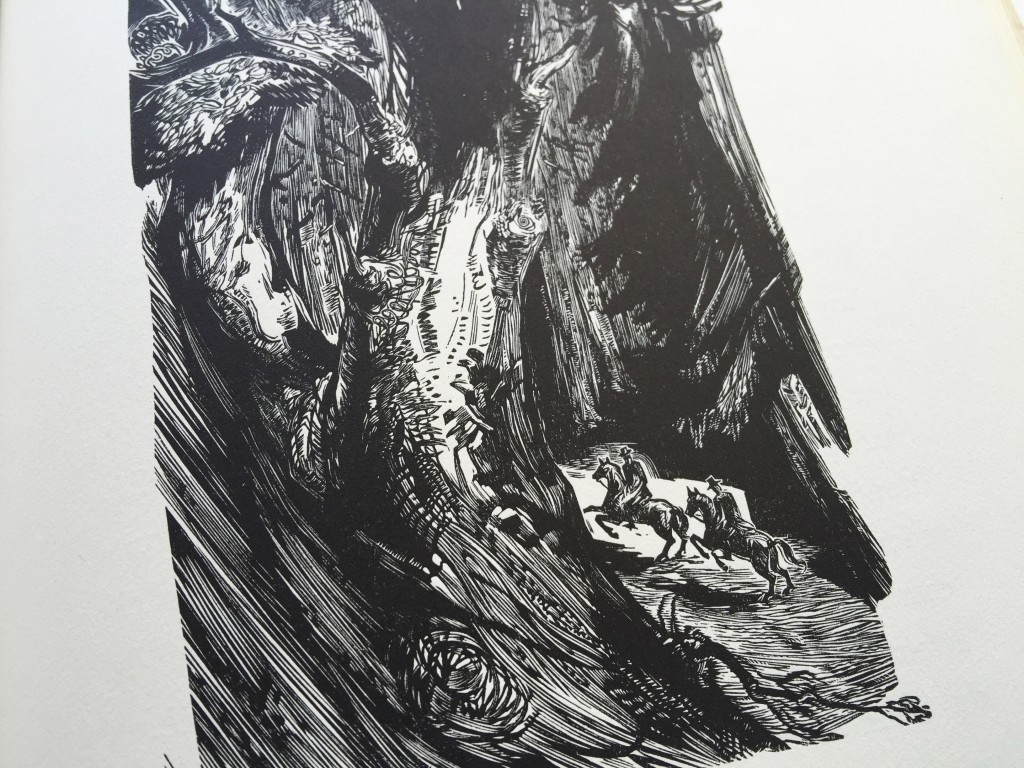 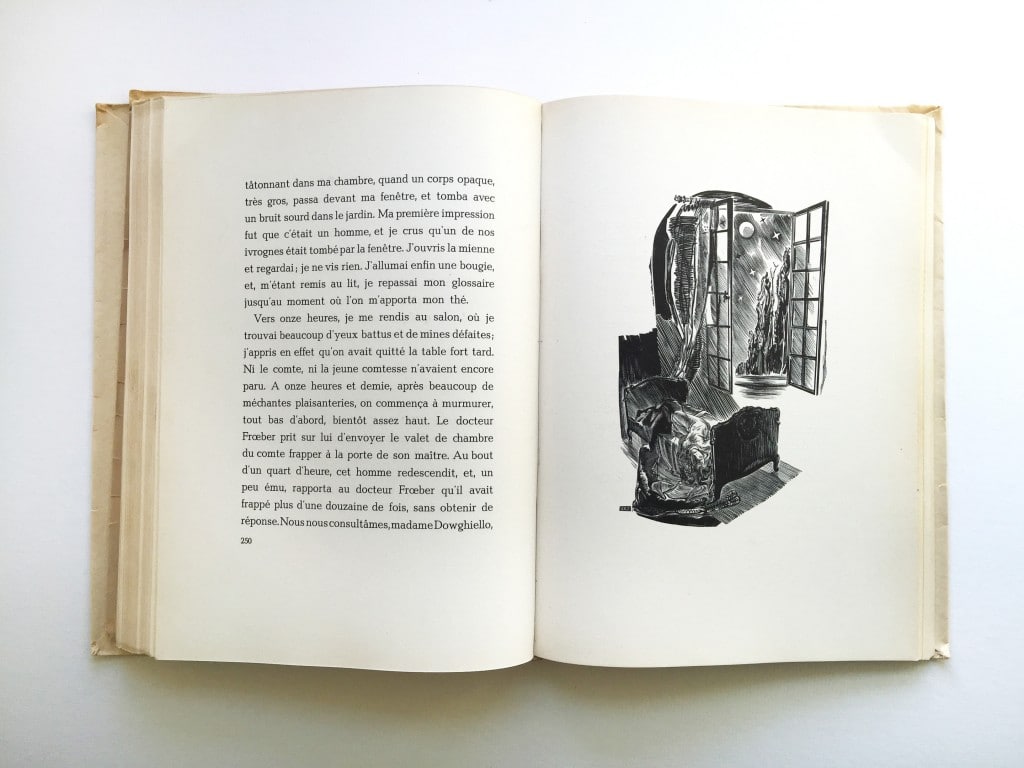 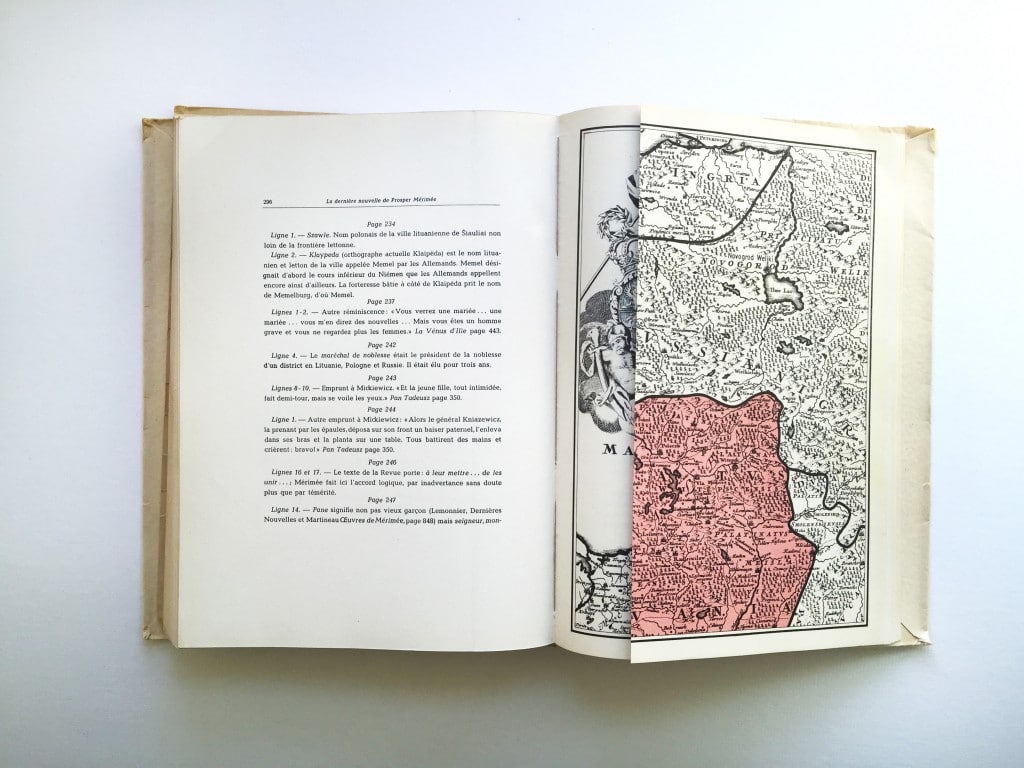 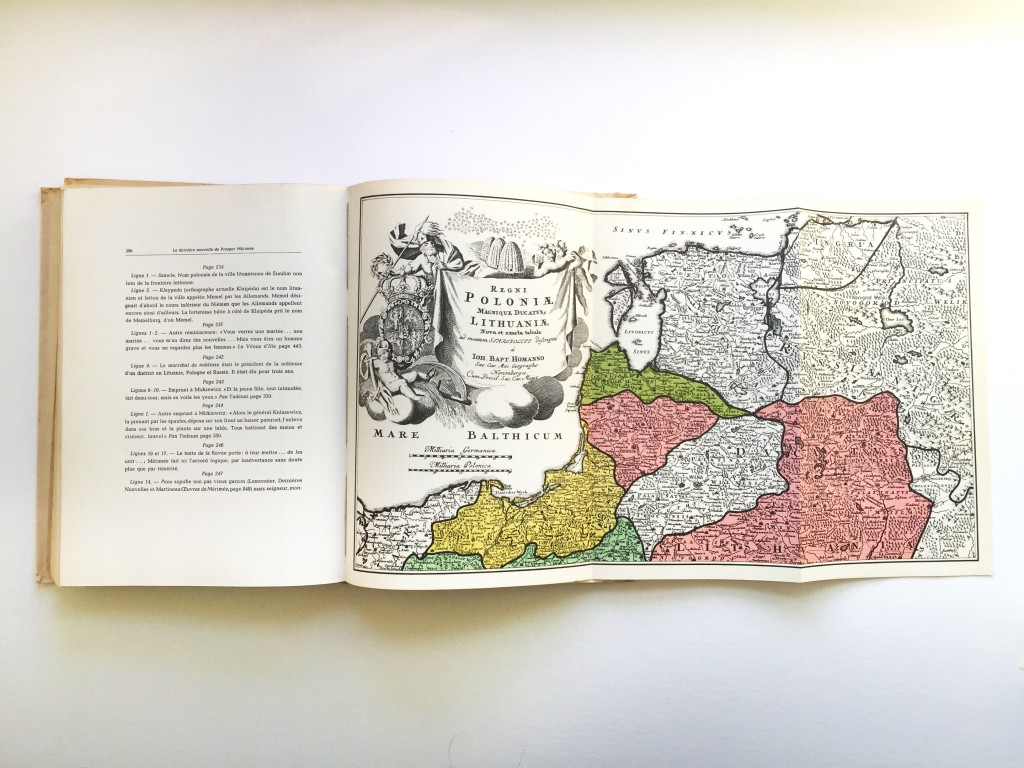 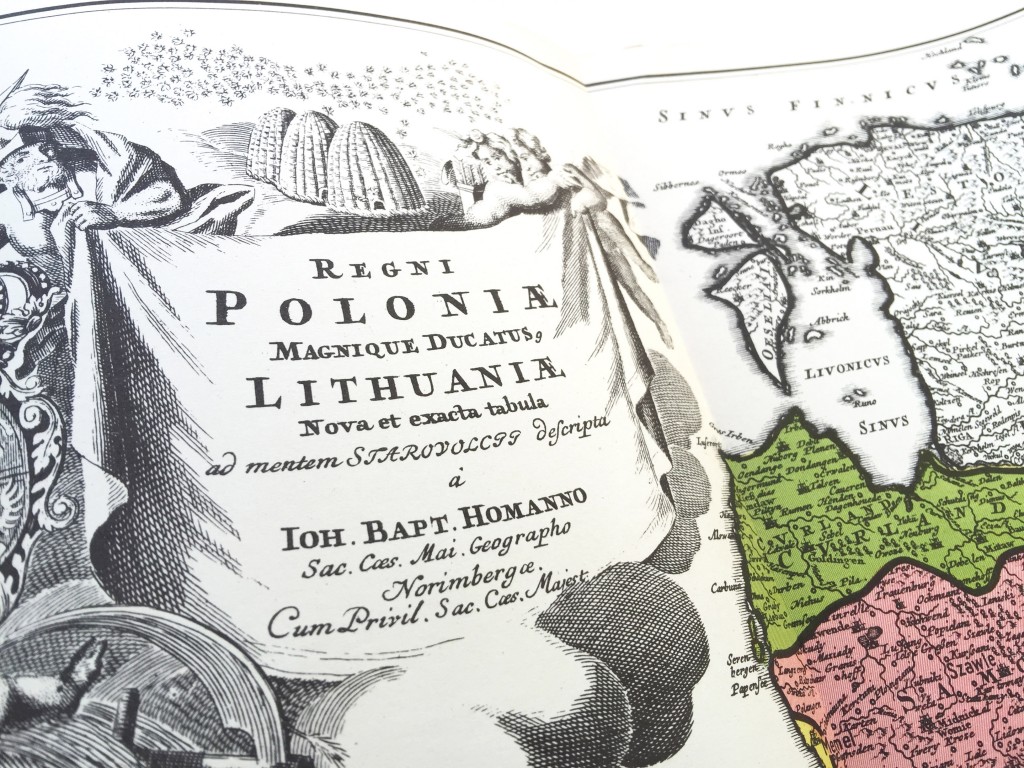