In honor of Halloween, this week’s Shelf Life is dedicated to the inventor of the genre of mystery itself: Edgar Allan Poe! Tales of Edgar Allan Poe is an edition that compiles several of his short stories together. The collection is full of detailed images from illustrator Fritz Eichenberg that bring Poe’s eerie words to life. 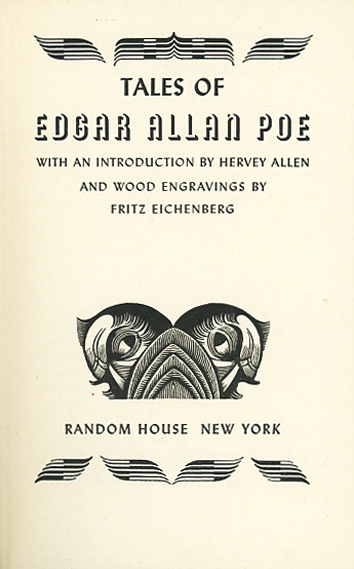 Fritz Eichenberg was a German illustrator who fled to America during World War II. After coming to America, he became well known within the publishing world for his ability to transform authors’ words into a single picture. Tales of Edgar Allan Poe is another prime example of Eichenberg’s skill as his pieces take on the dark and fantastical rendering of the author’s stories. Eichenberg makes the inner workings of Poe’s thoughts come alive within this classic edition.

Eichenberg also did illustrations for classics such as Wuthering Heights and Gulliver’s Travels. The illustrator stood as the chairman of the department of graphic arts and illustration at Pratt Institute, where he also founded the Pratt Center for Contemporary Printmaking. 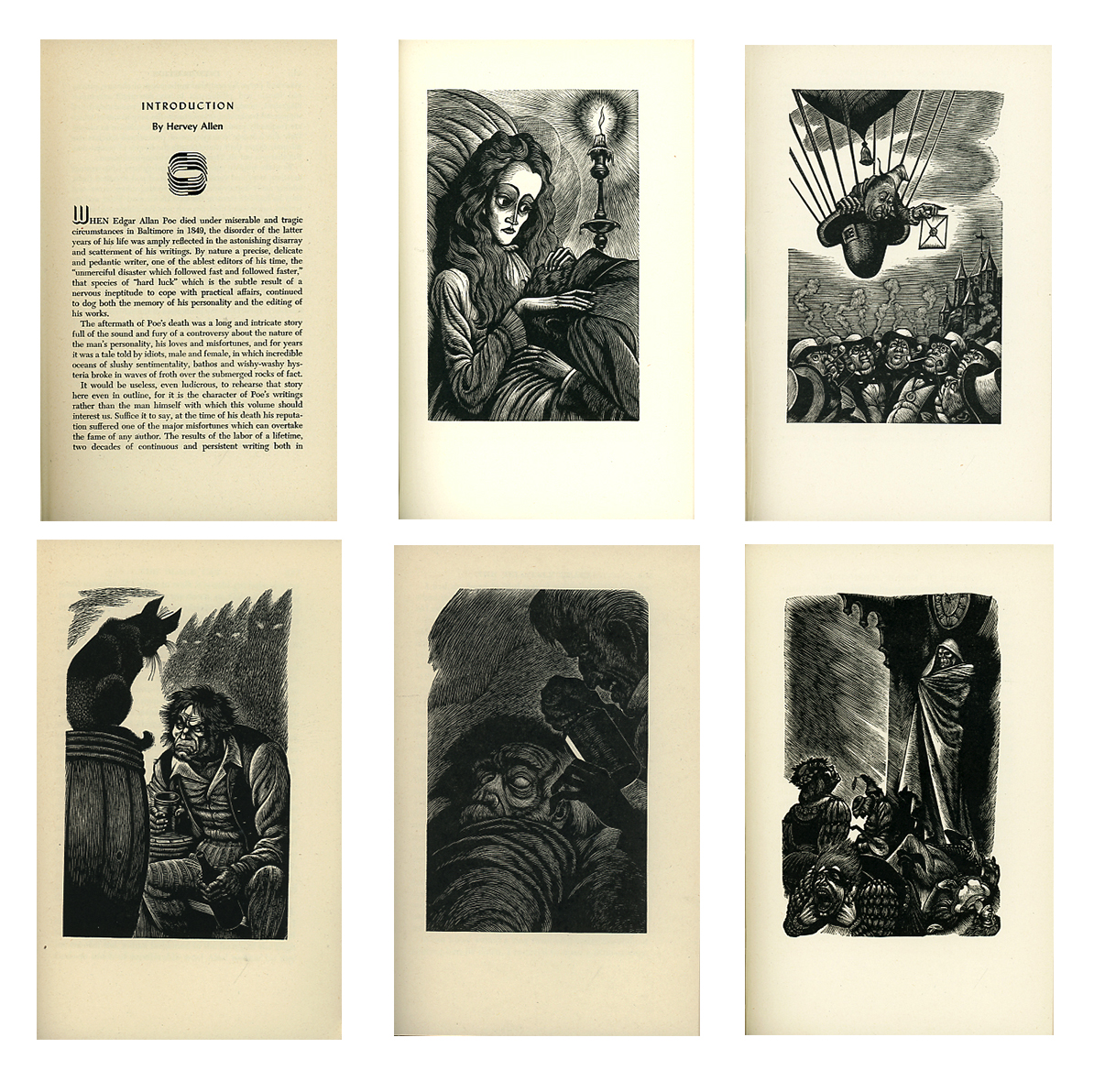 This edition was published by Random House, Inc. in 1944 and includes 27 short stories by the late author. Some of the stories include classics such as The Tell-Tale Heart and The Purloined Letter. Tales of Edgar Allan Poe also features an introduction by Hervey Allen which attempts to remove rumors surrounding the author. According to Allen, the persona many people recall of Poe (drunk, womanizer, mad man) actually comes from a fabricated biography by his enemy Rufus W. Griswold that was widely circulated! I have to admit, we also thought Poe was a bit mad, so we were surprised to find that after his death he was so wrongly described that it has influenced people’s perceptions still today. Griswold, who was left Poe’s writings upon his death, held off on publishing any of his work or did so without Poe’s updates. Because of this, for years, Poe’s works were scattered throughout many publications in different stages of edits. It is only due to scholars that we are able to obtain this copy of his completed works today! 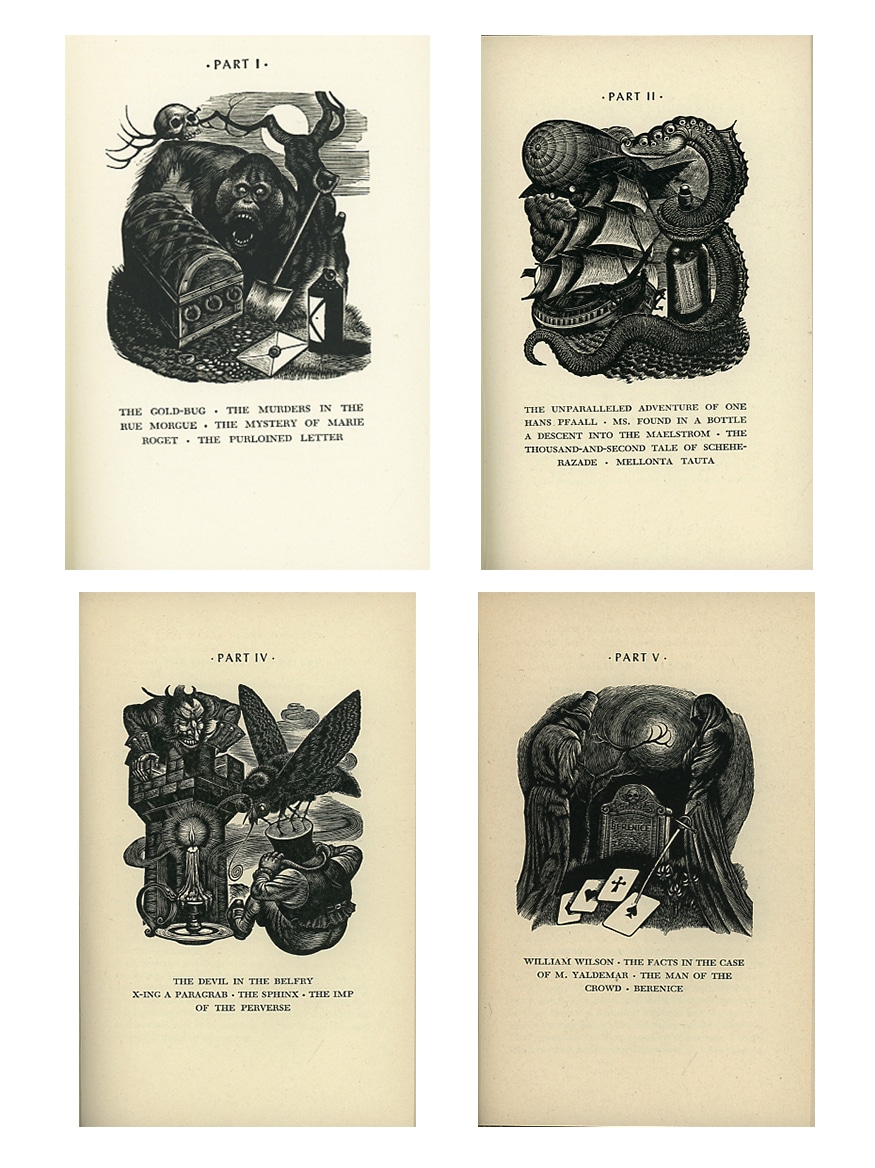 Poe’s writings have captured the attention of people all around the world who want a taste of horror and intrigue. We hope you enjoyed this post and have a Halloween as spooky as the House of Usher!