The eclectic designer Paul Davis art directed the magazine “Normal” back in 1986. It was billed as “A Quarterly of Arts and Ideas”.  Instead of following a strict format to be applied throughout the magazine, he instead decided to let each story dictate how it would be designed — a beautiful case of form following content. So each of the twelve or more stories has a unique typographical approach – right down to the page numbers.
The magazine got mixed reviews initially. Davis said at the time: ”I work with young designers who are terrific with type and whom I encourage to have fun,”…”Sometimes I think I’m being very experimental, but I’m always concerned with legibility and communication. So while I try to shake things up, I’m probably not as experimental as others who are pushing the limits with approaches I haven’t even dreamed of.” 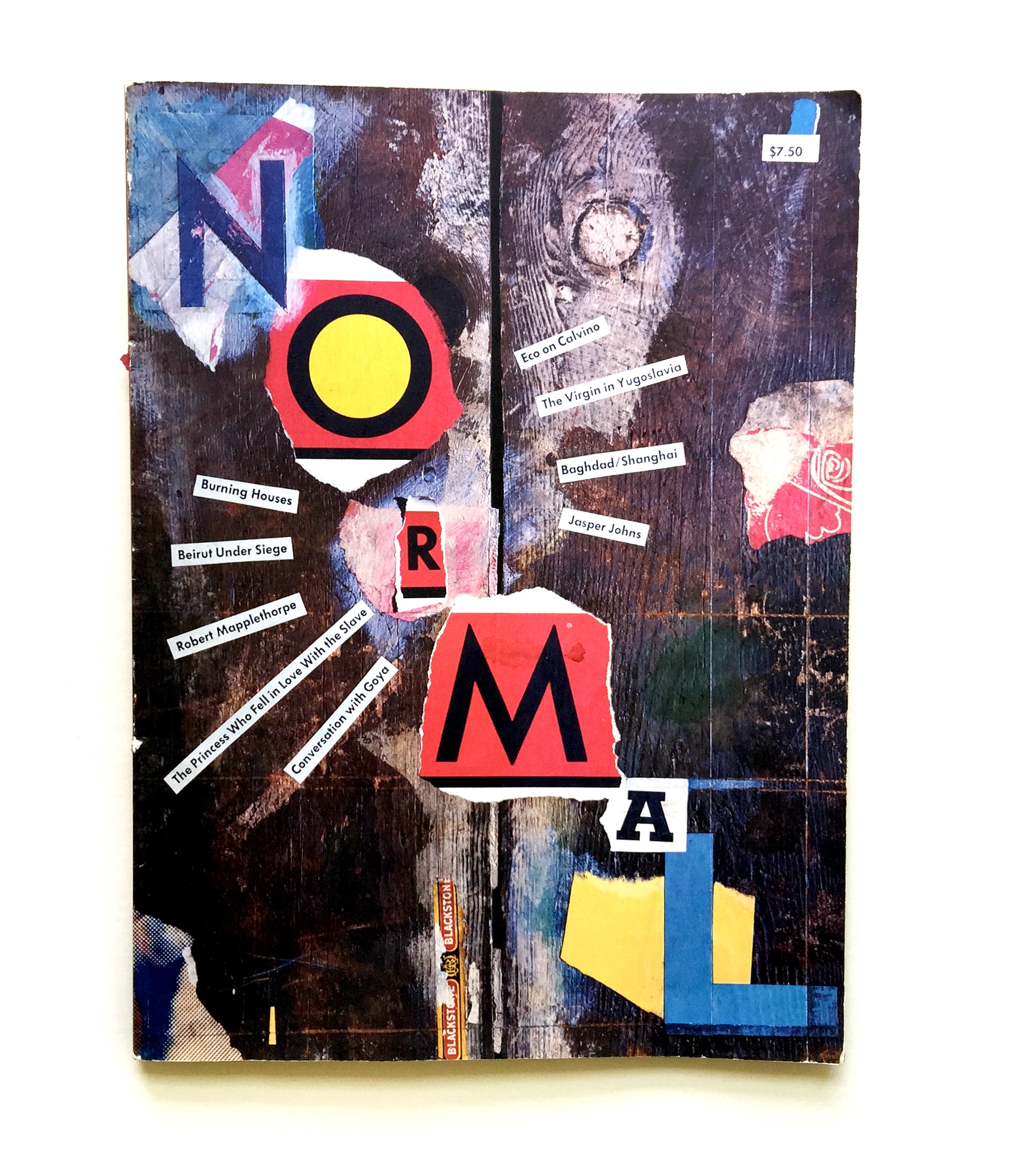 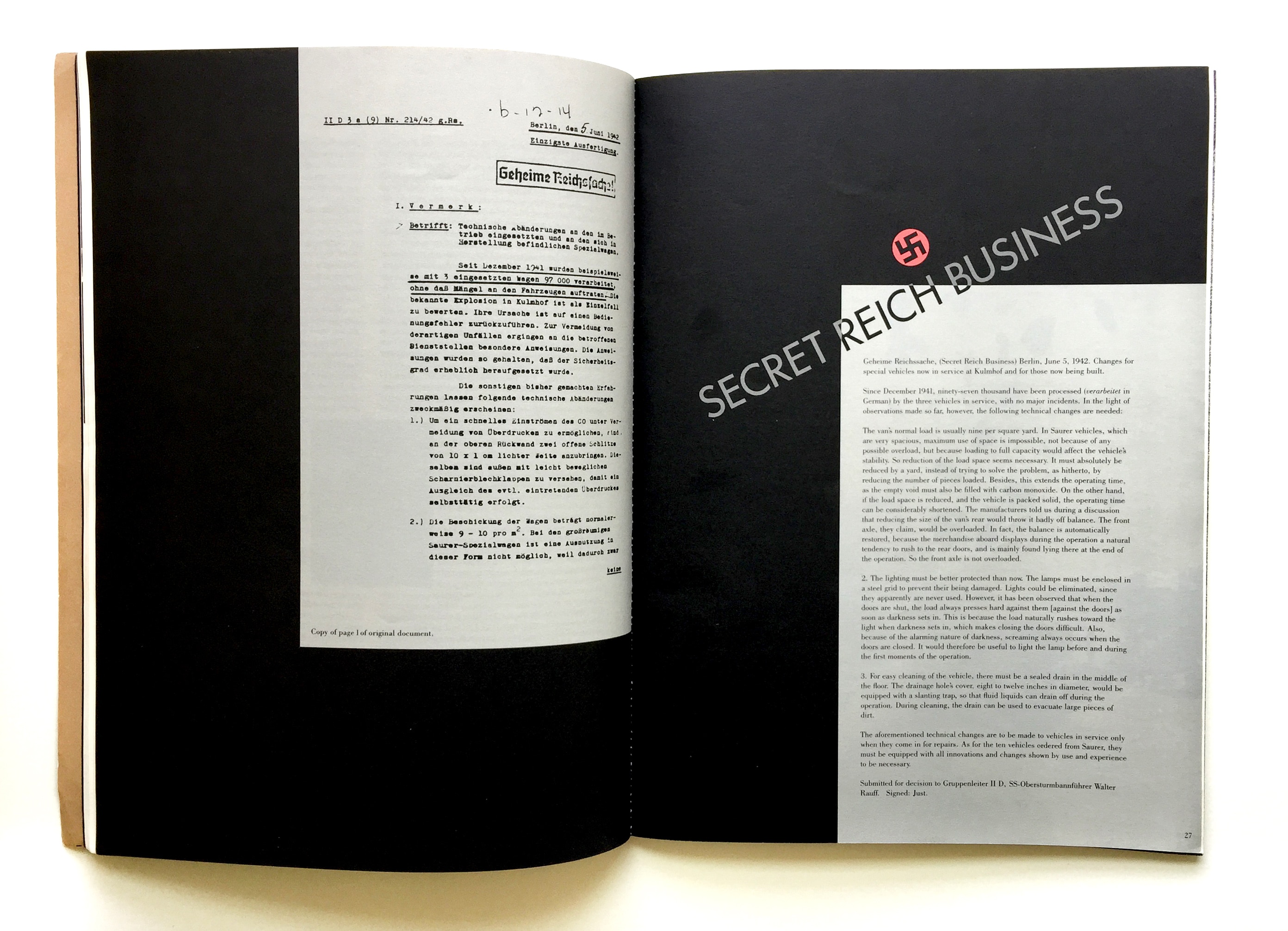 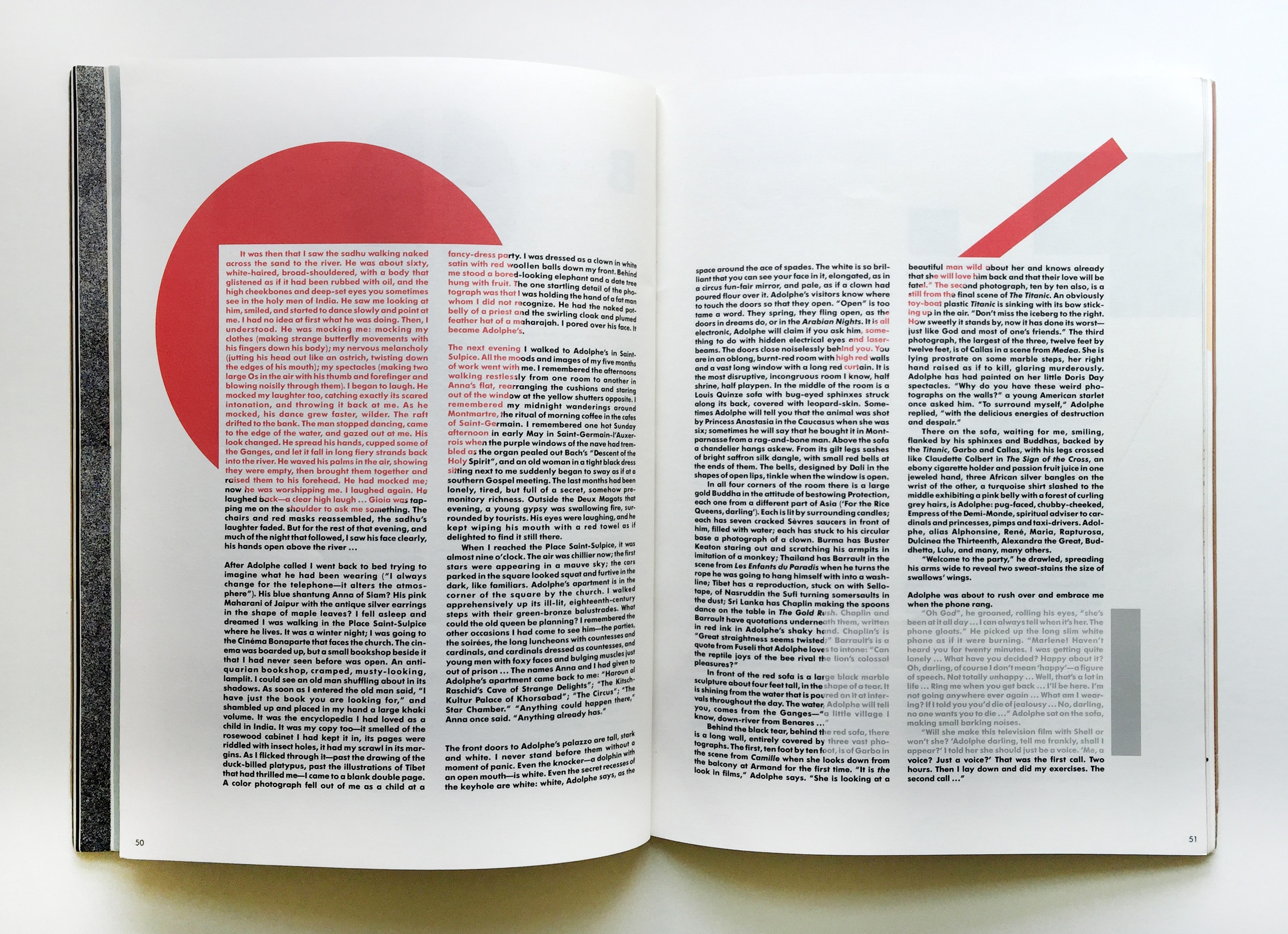 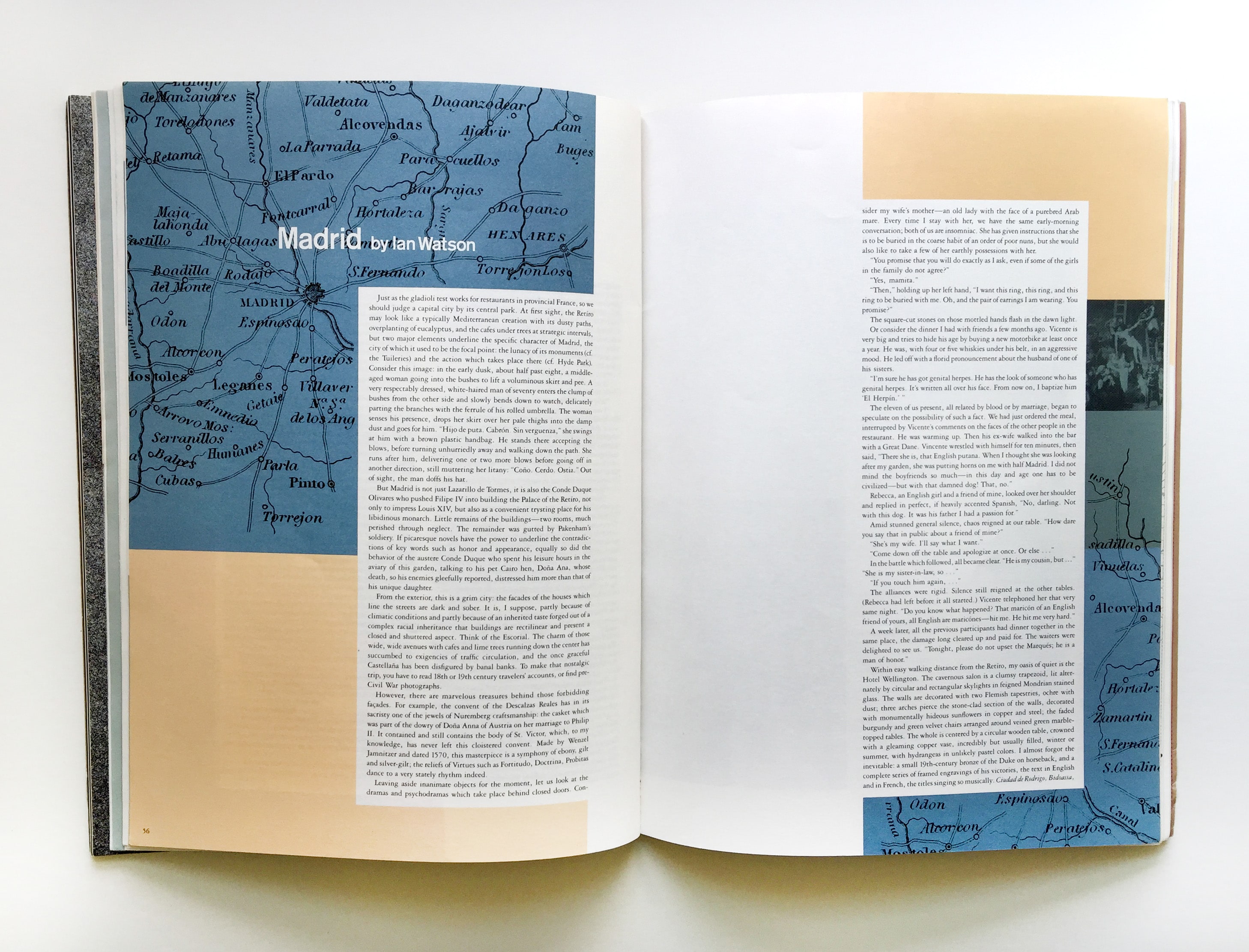 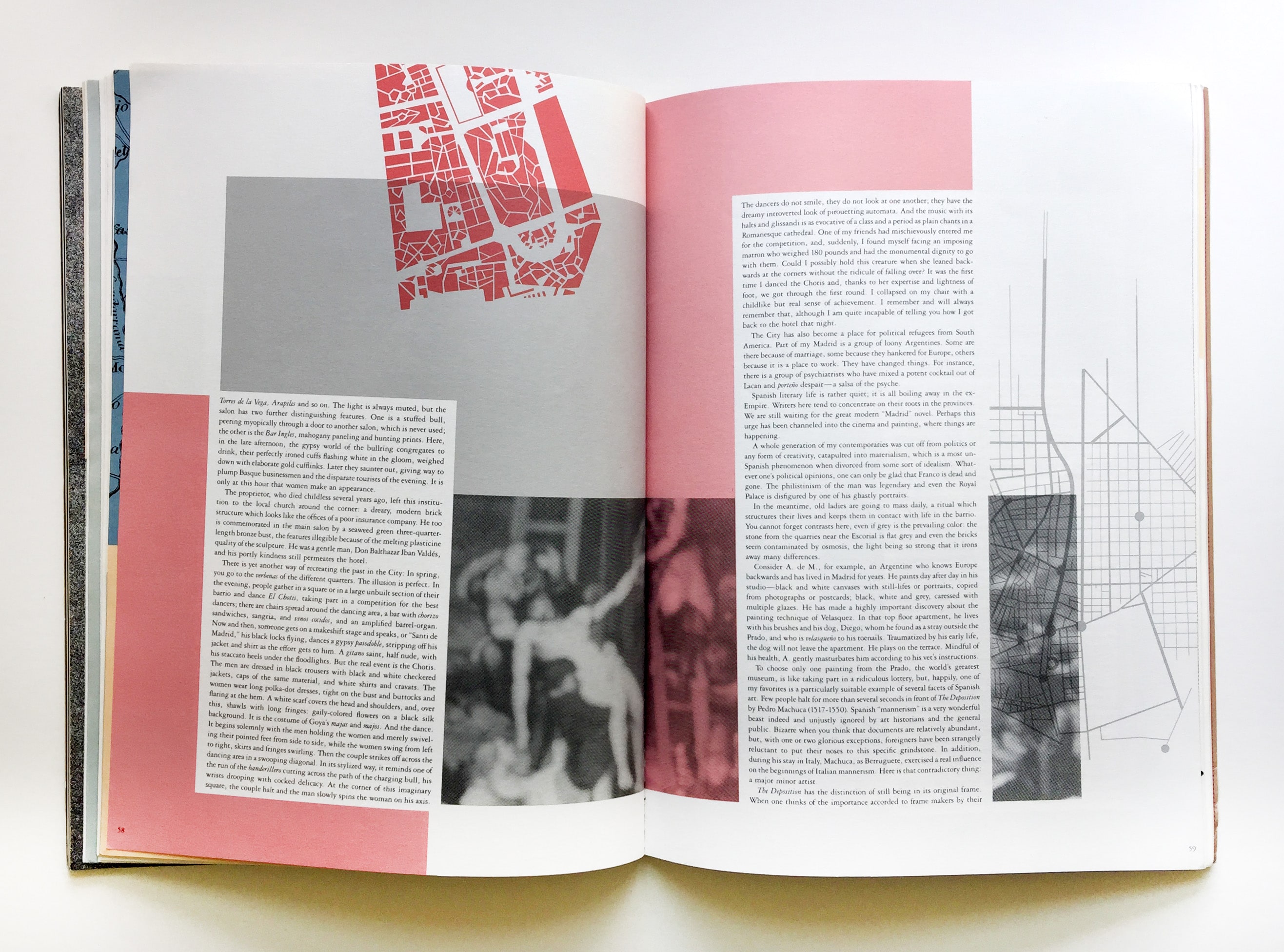 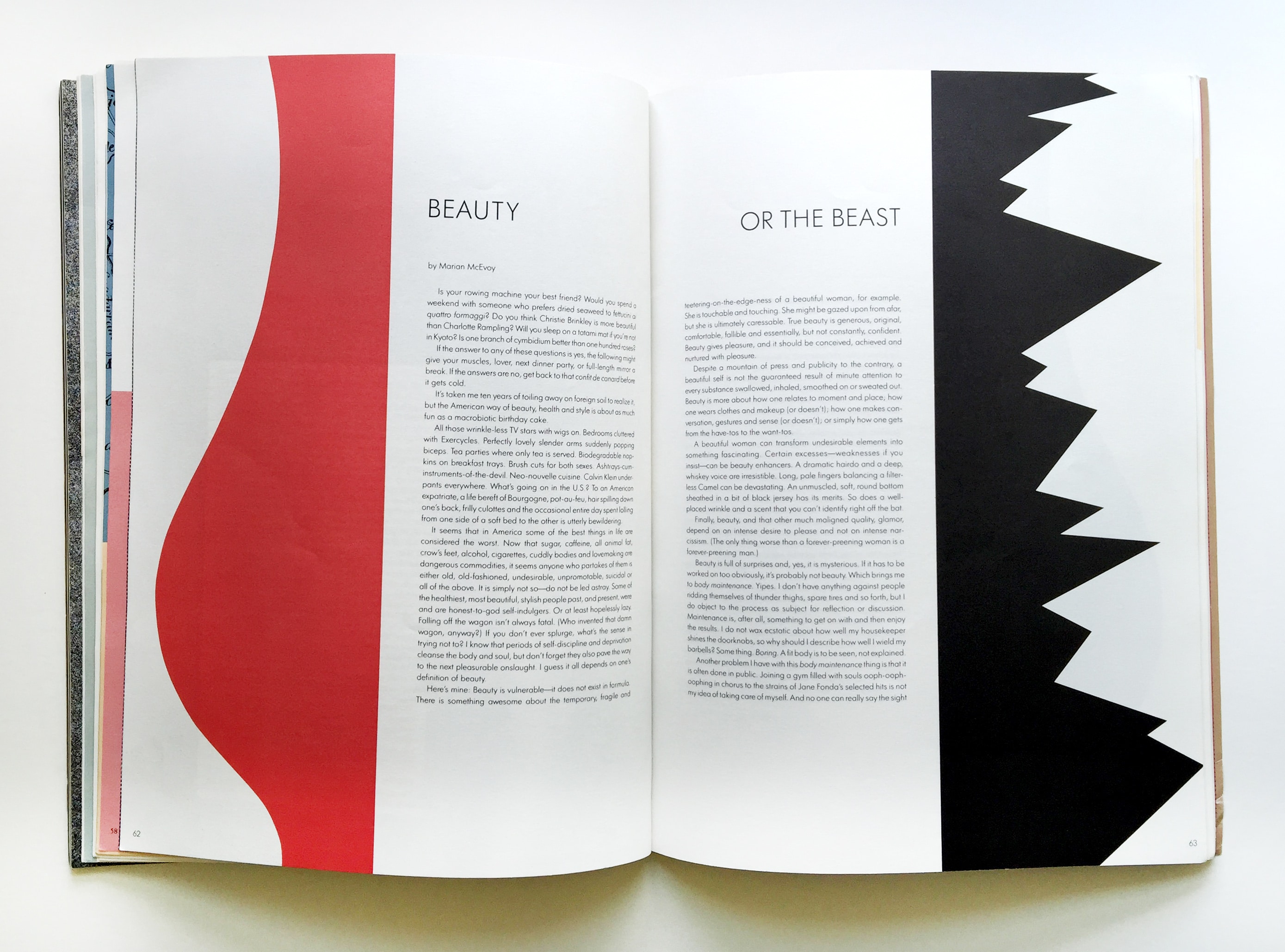