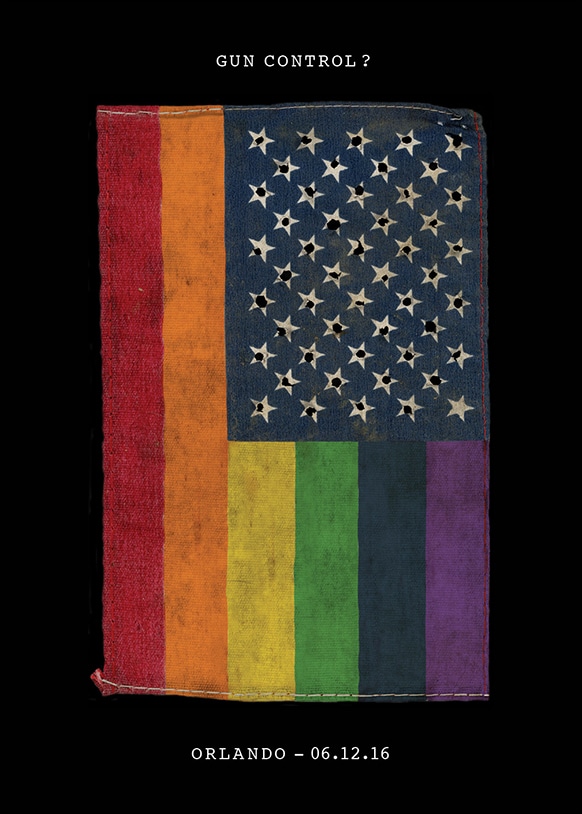 When we’re in the trenches with work sometimes it feels like there’s not much time for anything else. We love creating work but we can forget to take a breath and enjoy the fruits of our labor. So in the next few blogs we are going to acknowledge some of the work and our clients that we have collaborated with.

Over the past months we have been thrilled to receive a number of awards for some of our work. We would like to show and tell some of these in the next few blog postings.

Protest posters have always been a tool of expression. They can speak with an anonymous voice, to many. We talked for a while about creating a series of posters on gun control. We started working on that series last year and had no shortage of angles to approach it from. However, when the shooting at the Orlando nightclub shocked the world it gave us the fuel to express an idea that we hoped might say something worthwhile. We have now completed four posters in the series Gun Control?. To date we have released two of these posters. We have been very happy with the response so far and thrilled that both posters have been honored with national and international awards and featured in exhibitions:

AIGA 2017 Philadelphia Design Awards: Chosen as one of 45 designers to be featured in the exhibition and book http://philadelphia.aiga.org/event/pda2017reception/

Creative Quarterly 47: Orlando was recognized and selected as one of the top award-winning entries for the fall 2017 issue http://cqjournal.com/winners

Poster For Tomorrow 2016: Shortlisted top 400 from a total of 5,500 international entries

Creativity International 2016: received the only Platinum award in its category. http://creativityawards.com/?submission=orlando

We are also adding a link for a very effective website that takes a look at this disturbing phenomenon that continues to occur in this country, on an all too frequent basis. 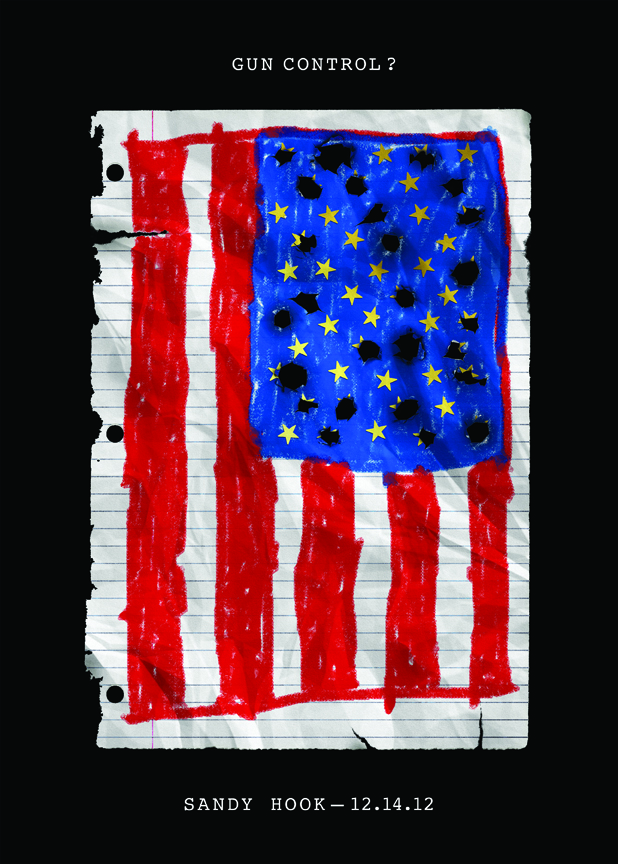